Why it matters: Longtime Apple veteran Scott Forstall in a recent episode of Code Break detailed what it was like being interviewed by Steve Jobs. As you can imagine, it was far from a forgettable moment as Forstall recounts. Around the 36-minute mark, Forstall recalls narrowing down his post-college job hunt to two candidates – Microsoft, where he had interned, and NeXT, the computer and software company founded by Steve Jobs after he left Apple in 1985.

Forstall described the interview NeXT set up as “intense” and involving no less than 17 people over the course of a full day. Roughly 10 minutes into the first interview, Jobs reportedly burst into the room, took the interviewer out into the hall and had a “really animated” discussion with them. Then, Jobs himself returned and started peppering Forstall with question after question.

Roughly 15 minutes into the grill session, Forstall said he and Jobs really started to click “on design, philosophy and a bunch of other things.”

Eventually, Jobs stopped and told Forstall that he knew he had to interview for the rest of the day but that he didn’t care what anyone said and that at the end of the day, he would be giving him an offer. Jobs then reportedly told Forstall to pretend he was at least interested in everyone else’s questions throughout the day.

Jobs then told Forstall, “I’m sure you’re going to accept this offer.” Sure enough, that’s what Forstall did. He called and told his contact at Microsoft that he wouldn’t be accepting their offer. The very next day, Forstall said, he opened his front door and found a box. Inside was a dead fish and the return address pointed to Microsoft. Concerned, Forstall called up his contact to inquire.

Turns out, Microsoft was simply trying to convince Forstall to reconsider so they rushed down to the Pike Place Market in Seattle, purchased a huge king salmon and had it shipped to him overnight in hopes that this would change his mind.

Forstall said he ended up cooking the fish that night but ultimately, stuck with his decision to go with NeXT. The rest, as they say, is history.

That is a cool story always love hearing about some of the stuff jobs did behind closed doors.
Reactions: Hexic, Reehahs and Julio Franco

Used a Next computer for just over a week for a job .... it was interesting but not worth writing home about. I'm sure many liked them, but obviously not enough to keep the company afloat .....
L

Uncle Al said:
Used a Next computer for just over a week for a job .... it was interesting but not worth writing home about. I'm sure many liked them, but obviously not enough to keep the company afloat .....
Click to expand...

I always think of Next as just a placeholder for Jobs before he could go back to his home which was apple. And never forget the name of John Sculley since he was the fool that fired jobs in 1985 from apple.

Turns out, Microsoft was simply trying to convince Forstall to reconsider
Click to expand...

Surely they did, with compliments from Luca Brasi... 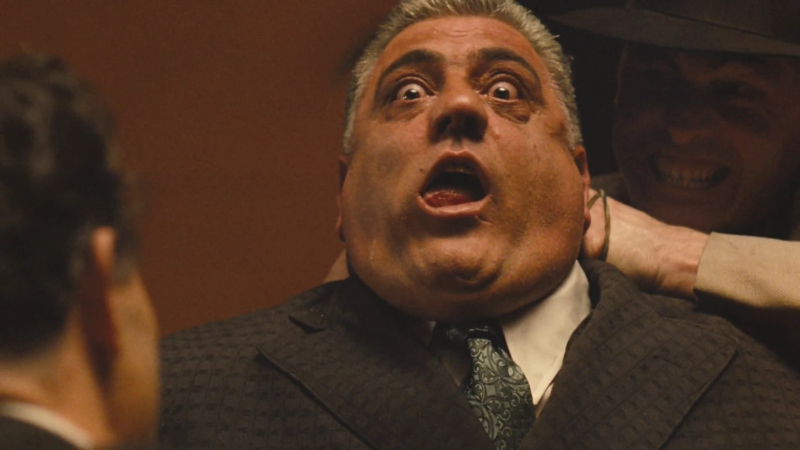 Microsoft sending out fishes to lure employees If it was a job as a fishmonger then ok, but for a software company?

Pure gold. Could easily have been taken as a threat, you'll be sleeping with the fishes if you go to NeXT. What a bizarre way to try and convince someone to come work for you.
Reactions: Hexic, RedGuard, Julio Franco and 1 other person
You must log in or register to reply here.