What just happened? Western Digital quietly changed the NAND flash in one of its budget SSDs with a lower-grade version that only performs as well as that of its cheaper brother. While this isn't going to be a deal-breaker for everyone, the company hasn't told reviewers and consumers about it -- a behavior that's slowly turning into a trend. Buying an SSD can be a daunting task with the variety of options that are available today. Using guides like our own can help you navigate through these waters, but sometimes a manufacturer will decide -- for any number of legitimate reasons -- to quietly change the NAND flash or controller chipset in one or more SSDs that have already been reviewed and received glowing recommendations.

While minor hardware revisions that improve on the initial release for a product are a common occurrence in the tech industry, it's never acceptable when the revised product is inferior in any way to the original and this fact isn't disclosed to reviewers and potential customers. Such is the case of the WD SN550 Blue SSD, a popular budget SSD that has been modified in a way that cripples its write performance.

The change was noticed by Chinese news site Expreview, who noticed that Western Digital swapped the NAND on the SN550 Blue SSD for a slightly lower-grade version that doesn't perform nearly as well when you need to copy large files around.

As noted by Expreview, the performance results of the new SN550 Blue drive are more in line with the cheaper SN350 Green. To be fair, this issue only becomes noticeable if you happen to move large files very often, but even so this doesn't excuse the lack of communication on the part of Western Digital. While not exactly an apples-to-apples comparison, the company did something similar with its HDDs in the recent past and ended up with class-action lawsuits.

This behavior highlights one of the consequences of the ongoing chip shortage -- manufacturers are scrambling to meet a surge in demand for everything that has silicon in it, and in the process they are forced to make sacrifices that are more or less noticeable to the end user. Smaller manufacturers, in particular, may be more prone to this behavior due to their lower negotiation power.

However, after you've seen this with the likes of Kingston, Crucial, Patriot, Adata, and now Western Digital, it certainly isn't a good sign. Consumers don't need to be told about each and every change if the new revision of an SSD performs the same as originally advertised, but they certainly do deserve better than bait and switch.

Remember when they nerfed the Blue HDD's with SMR instead of CMR?

The CMR version of the WD Blue 6 TB takes 12 hour to rebuild the Raid after a blue screen, the SMR one should take 3 times as much.

No other choice but Samsung SSD's if you don't wanna get conned. I own 3 already.
Reactions: Avro Arrow, Lozzy, eforce and 2 others
A

I've bought 2 WD HDD's in my life. Both failed within 3 months out of warranty. Never bought anything from WD since...and never will.
Reactions: wiyosaya, drjekelmrhyde, whateversa and 3 others

Whenever you've got complaints about a manufacturer other than ADATA always remember, "at least its not ADATA". *shudder*
Reactions: fb020997, wiyosaya, RudyBob and 4 others
M

Would be illegal in Australia not to inform consumers. Hefty fines would apply.

So I now exclude Adata and WD from SSD purchases.
Reactions: Athlonite, Nchalada, whateversa and 4 others
S

That would be funny if the people that chose that decision we should remove their vehicles engines be it a Lambo or Benz and shove in a 1980's GM 2.5L and see how they like that.

On a serious note I built a new system with two SSD drives one is Samsung and the other WD. I bench marked both and the WD was just as good if not better than the Samsung one!
Reactions: MWR01
M

So adata is cheating, wd also, other brand start with low performance chips, what can we buy with a guarantee? Samsung Pro?
Reactions: Avro Arrow

One more company to the not buy list thank you
Reactions: wiyosaya, Avro Arrow, Lozzy and 1 other person

It's called bait and switch, and some others are masters at it (hello, Kingston). Not sure how other customers deal with this, if at all, but I'm punishing them with my wallet. So adios WD, it was great while it lasted (I have a 1 TB SN550 as my data drive, will get something else when I upgrade).
Reactions: Avro Arrow
N

A good friend of mine had her old macbook fitted with two separate SSD: Crucial MX500 and WD Green. she got the WD Green first so it was fitted on the original SATA drive slot, while the MX500 was on the optical drive slot secured with just 3M adhesive.

so one time she accidentally dropped the laptop and guess what? the WD green was totaled. if you look at the teardown videos, both WD Green and MX500 internals are so small they don't even fill half the 2.5" drive. yet, only the WD Green SSD did not survive this ordeal.

strangely I never had any issues with WD HDDs so far, so I guess I should avoid WD SSD so I don't push my luck.
Reactions: wiyosaya, prorab2 and Avro Arrow
3

Like others I have had issues with a few HDDs but this article isn't about reliability, its about sneaky practices.

I moaned about Seagate to someone a while back, as they were and still in my mind the worst. They were all like I got a Seagate 5+ years old still going...

Yeah doofus, when they had a clue. Now they don't.

Having worked in storage the rule of thumb was they are like cars, and built in batches, and if there is a naff one the batch probably was.

Also anything over 2tb has an increased fail rate but that's mech.

I won't trust this article to not buy WD because I would never have Bought a naff WD blue in the first place. Those drives are turd anyway. Who cares what the shove in them.

If they ruin their blacks or reds that's another matter. I'll always research about a drives possible longevity, power, speed etc.

I always benchmark a new SSD and compare it to what I should be getting according to the reviews. I do this to guard against a weaker/dying unit, which can happen, but I guess this is another good reason.
Reactions: Avro Arrow

TechSpot Elite
It's not really fair to just single-out WD for this when, as others have pointed out, they're not alone with AData and Kingston having done the same thing. It's very possible that companies like Crucial, Intel, Seagate, Team, Corsair and Samsung have done similar things but didn't get caught.

I personally have a WD SN550 that I bought last summer and it was a fantastic deal at the time. It still works beautifully and I use it as my gaming drive. It's especially good at lowering the load times for Civ6 to the point where its speed advantage over a 7200rpm spinning drive is extremely noticeable.

I had initially installed Civ6 to my Barracuda 7200rpm platter drive because I figured that with a turn-based strategy game like Civ6, drive performance wouldn't be as big of an issue as it would for Assassin's Creed: Odyssey that is always loading and flushing textures. 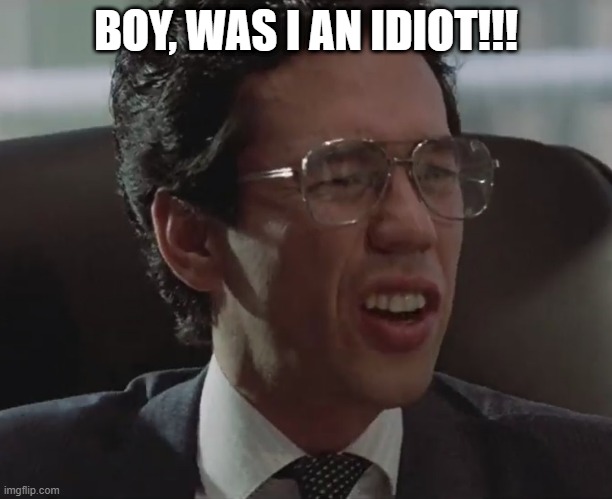 Companies are getting desperate but they have no excuse not to be forthcoming about a product. If it were my company, I would have either discontinued the SN550 (if the better NAND wasn't available for it at all) or I would have added the new product and called it something like the SN525 and offered it for maybe $10 or $15 less. I would NOT have tried to pass it off as the same model.

Changing the RAM to something that hampers performance without changing the model number is a **** move that was perfected by nVidia with the GT 730. I hate things like that.
Reactions: fb020997, wiyosaya, tomkaten and 2 others

TechSpot Elite
Hey, they are a tech company, upholding the golden rule of tech.

Do as little work as possible, save money in the worst of ways after all other cost-cutting measures, and then charge as much money as you can to a customer base that will gobble it up like Skittles.
Reactions: Athlonite and wiyosaya

3volv3d said:
Like others I have had issues with a few HDDs but this article isn't about reliability, its about sneaky practices.
Click to expand...

That's the trouble with sneaky practices - they are sneaky.

To quote the great sage Forrest Gump - "Life is like a box of chocolates - you never know what you are going to get."
Reactions: Athlonite and scavengerspc

scavengerspc said:
Hey, they are a tech company, upholding the golden rule of tech.
<...> then charge as much money as you can to a customer base that will gobble it up like Skittles.
Click to expand...

Except that the certain crowd that wants to skate through life, doing as little as possible, while having disdain for, and making fun of hard work and success, cant afford Caviar.
Hell, they can barely afford Skittles.

This is very disappointing. How can anyone trust them now?
Reactions: wiyosaya

scavengerspc said:
Except that the certain crowd that wants to skate through life, doing as little as possible, while having disdain for, and making fun of hard work and success, cant afford Caviar.
Hell, they can barely afford Skittles.

I was using Caviar as a pun, and I should have said so. Apologies! WD has a "Caviar" line of drives.
Reactions: scavengerspc

wiyosaya said:
I was using Caviar as a pun, and I should have said so. Apologies! WD has a "Caviar" line of drives.
Click to expand...

D'Oh! I think I need one of my kids to give me a finger thump upside my head.
Reactions: wiyosaya

scavengerspc said:
D'Oh! I think I need one of my kids to give me a finger thump upside my head.
Click to expand...

Nah! No need to ask your kids to resort to violence!

The pun wasn't really all that obvious - especially if you happen to avoid drives made by WD (which I do).
Reactions: scavengerspc

Remember when they nerfed the Blue HDD's with SMR instead of CMR?

The CMR version of the WD Blue 6 TB takes 12 hour to rebuild the Raid after a blue screen, the SMR one should take 3 times as much.

No other choice but Samsung SSD's if you don't wanna get conned. I own 3 already.
Click to expand...

I guess this about covers all major manufacturers who have done this. Also in Samsungs case the result is similar. Once you exhaust the SLC cache the speed drops to a lower level on the new revision compared to the old one.
You must log in or register to reply here.