According to a number of reports, Acer plans to outfit several of its premium laptops (and one ultrabook) with high-PPI displays. Although the exact specifications are unknown, we do know that one 15.x-inch display Acer showed off boasts a resolution of 2880x1620 -- a resolution which is essentially QWXGA+. Linus Torvalds would be proud. 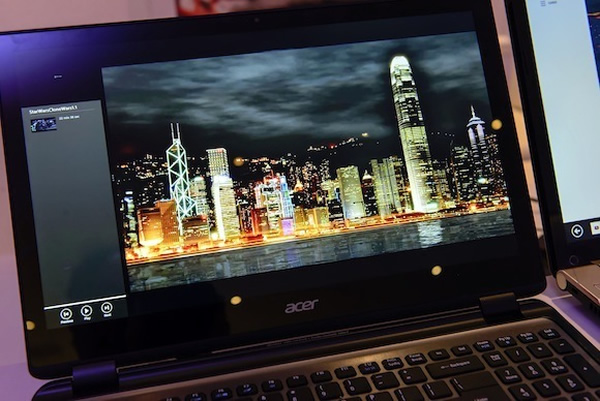 Acer's 16:9 screen is a different aspect ratio than the Retina Macbook Pro's 16:10, indicating it is an altogether different panel -- possibly not even made by LG. Apple's 15-inch Retina display is actually 2880x1800 thanks to its slight height advantage. Most promisingly though, certain onlookers have expressed their emphatic content with the display's color and image quality, describing Acer's demo with laudatory language like "gorgeous" and "astounding".

Since Acer's roughly 15-inch display packs a resolution greater than even a high-res 27-inch monitor, there's an obvious need for DPI scaling. Without it, items on the screen will appear too small for most users' comfort.

When it comes to Windows, Windows 8 would seem best equipped to deal with this issue. Metro has been designed from the ground-up to scale on PPI-dense displays while the "desktop" portion of Windows 8 takes into consideration even minute details like mouse cursor size. However, The Tech Report demonstrated in September that Windows 8's handling of high-PPI displays is lacking. Hopefully Microsoft will make some improvements in this area.

The word on the street is Acer won't be launching laptops equipped with these impressive, high-PPI displays until around late spring.