Despite the fact that FCC Chairman Ajit Pai has had a track record of being against net neutrality, commissioner Jessica Rosenworcel is working on a different issue. Broadband availability is still an issue for many consumers that lack multiple choices, even if they're willing to pay for it.

Following a hearing, Rosenworcel expressed displeasure regarding the national broadband availability map that cost an estimated $300 million to produce. The official FCC coverage map has not been changed in over three years and no longer accurately reflects the types of service available to US residents.

Rosenworcel also denounced Pai's plans to allow lower standards for deployment of broadband services and said that weakening standards for network access was outright "crazy." It may seem as though access to broadband Internet is easy but that generally holds true only for densely populated areas.

Looking at more recent maps, many areas are left with only one choice of service provider and may not have an option to obtain broadband which is currently defined as 25 Mbps download and 3 Mbps upload. 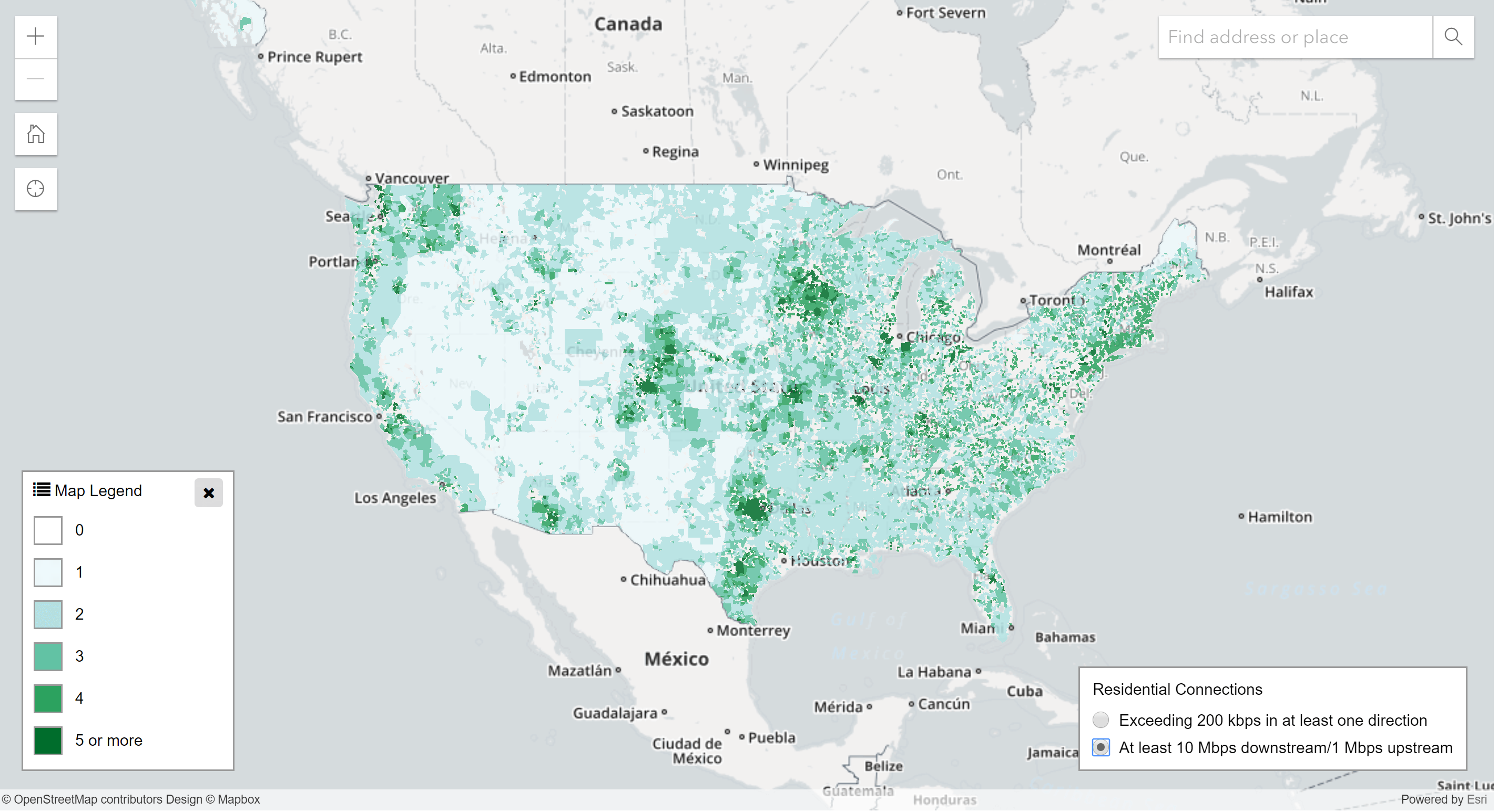 In order to make end-user complaints known, Rosenworcel has set up an email address, broadbandfail@fcc.gov, to allow anyone to send in information regarding lack of competition, poor service or other horror stories with respect to Internet services. All collected data is meant to be used to show why consumer choice is important to the quality of service received and how the FCC could do more to improve broadband connections.