Rockstar has just announced a new DLC for Grand Theft Auto Online called The Doomsday Heist. It’s kind of a big deal, not because it gives players access to flying cars and jetpacks, but because it might just blow the lid completely off one of GTA’s biggest mysteries once and for all.

A long-standing enigma in GTA V involves a mysterious mural found on a wall inside the cable car station on top of Mount Chiliad. The painting appears to be a map of a mountain, presumably Mt. Chiliad itself, since that’s where the mural is found and it also just happens to be the biggest mountain in GTA V. The map appears to show internal chambers connected by tunnels.

There are many symbols on the maps but four of them are unique — a UFO, a cracked egg, a man with a jetpack and what is either another glowing UFO or an all-seeing eye at the peak. So far, players have found the egg, a sunken UFO and a flying, functional UFO but the jetpack has eluded discovery. 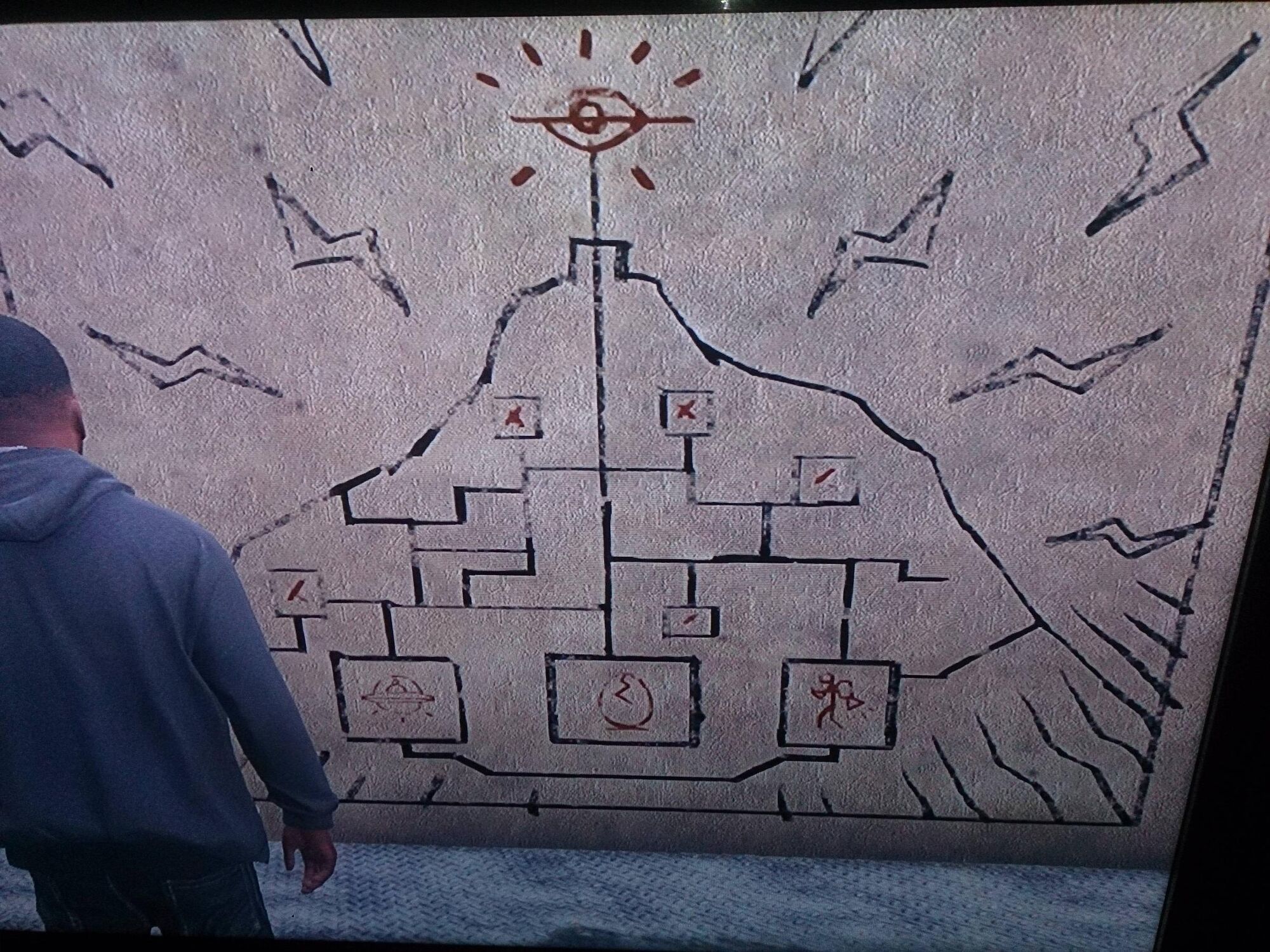 Hundreds (maybe even thousands) of players have been trying to unravel the meaning of the drawing. There are tens of thousands of YouTube videos explaining the myths, documenting the discoveries and theorizing ways to unlock the mysteries involved with Mt. Chiliad. There is even a subreddit devoted to the subject. Many hypothesize that the jetpack holds the key to unraveling the puzzle and they may be right.

The trailer for The Doomsday Heist DLC has several scenes taking place at the mystical mountain location and also shows players flying around in — what else? Jetpacks. While this might not be enough to say for sure that the DLC will uncover the mystery, what Rockstar says about it more or less confirms it.

“A billionaire tech mogul, an idealistic intelligence agent, a socially awkward conspiracy theorist and a neurotic supercomputer have been forced into an unlikely alliance to save San Andreas from total annihilation. As apocalyptic threats mount from enemies unknown, you and your criminal crew are enlisted to un-tangle mysteries and eradicate threats spanning from the bustling streets of downtown Los Santos to the ocean floor and all the way to the inner depths of Mount Chiliad in an epic new online adventure.” [emphasis mine]

Jetpacks seem to fall right in line with what players have been theorizing for over four years. The years of wondering seem to be coming to a close, which in a way is somewhat sad. What will people do once the mystery has been solved?

What’s even more saddening about the new DLC is that, once again, it is for the online mode only. Rockstar still has not delivered any single-player content to the game which it initially promised and then reneged.

More frustrating still is that from the looks of the trailer, The Doomsday Heist is not just a new multiplayer map or another standard heist mission; it is an entirely new story that would fit in perfectly with the single-player mode. It is a bit of a slap in the face to the single-player crowd since they are the ones who have been working for years trying to solve the mystery in the first place. Now that Rockstar is going to reveal the secrets of the mountain, it's for online mode? Oh well.

If you are a multiplayer fan, picking up the DLC is a no-brainer. It launches in less than a week on December 12.