Over the weekend, a Fallout 76 player stole hundreds of items from others in the game. A video shows him apparently using a hack recently released on the Unknown Cheats website (below). It allows the user to steal inventory items, including clothing leaving the other player in their skivvies.

Bethesda says that it has patched the exploit, but tons of players are still left with missing belongings. One user told Kotaku that he had lost “a full set of Power Armor, three-star legendary modded scout armor, and a Sheepsquatch Mascot head.” These items are not easily obtainable and took many hours of grinding to earn.

Complaints about the pilfering started pouring into the Fallout 76 subreddit shortly after it began on Sunday. Bethesda quickly took the game offline on Monday while it fixed the problem. It also indicated that it would try to figure out a way to make reparations those affected.

“We would like to apologize to those of you who were impacted by this exploit. We want to make this right, and we are currently looking into ways we may be able to compensate you.”

It is unclear how the developer plans to implement compensation. Obviously, they want to avoid handing out items that were not actually stolen, so working on the honor system is not likely to be fair as too many players would try to take advantage of the situation. Some have contacted Bethesda support directly about their missing items but have not heard back.

The developer had no further comment on the matter.

Well I think if you play this game you deserve the worst, It might be mean but this game is such trash I cant believe people are still playing it, Bethesda deserves to go bankrupt for it!!
Reactions: magdziam, Unusual Kmc, 0dium and 1 other person 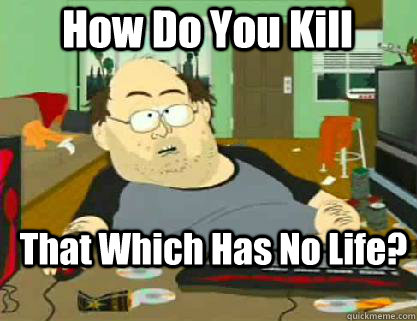 Adi6293 said:
Well I think if you play this game you deserve the worst, It might be mean but this game is such trash I cant believe people are still playing it, Bethesda deserves to go bankrupt for it!!
Click to expand...

There are people in this world right now who bought the $100 one year subscription for FO76.
Reactions: 0dium

"We care about your data"
Reactions: magdziam, Black Paper and 0dium

Adi6293 said:
Well I think if you play this game you deserve the worst, It might be mean but this game is such trash I cant believe people are still playing it, Bethesda deserves to go bankrupt for it!!
Click to expand...

I was on the fence when I heard about Fallout 76.

As soon as the negative reviews rolled in, I avoided it like the plague.
Reactions: 0dium

Uncle Al said:
When they decided to go without single player they got a simple response from me

There'd be outrage in the streets if they released two single player Fallouts before the next single player Elder Scrolls. ESO exists and now Fallout Online exists.
Reactions: m4a4

I don't know about the rest of you, but I think it's just "wonderful", how computer gaming seems to bring out the "best" in people.!
Reactions: Cal Jeffrey
N

I'm shocked it took so long to hack the game. I'm still waiting for the hacked version so I can try this debacle off line. LOL
M

Fallout is still best as single player. Your wasteland, the way you want it - minus all these cheats and headaches.
Reactions: Cal Jeffrey
You must log in or register to reply here.

Fallout 76's glitched NPCs will steal your best weapon when you die, and you can't get...