Marvel's 12,000 digital comics are now available in the Kindle Store Amazon has provided Marvel fans with yet another way to get their comic book fix in digital format. The e-commerce giant is now offering more than 12,000 Marvel back issues through the Kindle Store.

Back issues of popular titles like The Amazing Spiderman, Daredevil and Star Wars are all up for sale as single issues. What this essentially means is that fans will no longer have to go through comiXology to get the latest Marvel issues.

The move isn’t entirely surprising considering Amazon purchased comiXology a little over a year ago at an undisclosed price. Those who use comiXology can continue to do so as usual; the Amazon deal simply brings the catalog to the Kindle platform.

Outside of Amazon and comiXology, the only other place to get digital copies of Marvel comics is the company’s own subscription service, Marvel Unlimited, which runs $9.99 per month. While the “Unlimited” in its name does hold some truth, it’s worth pointing out that the subscription only grants access to e-comics that are more than six months old.

Those looking to stay current with the latest releases can indeed do so on comiXology and Amazon as new issues will appear on these platforms the same day their physical counterparts are released in stores.

Marvel comics were fine when I read them as a kid but I miss Harvey comics more, especially Sad Sack. If they were still around today I'd still read 'em. 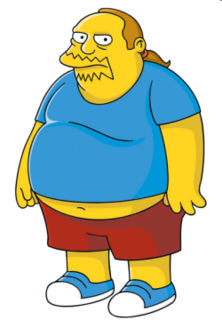