Sony isn't known for being the most open-minded platform holder in the gaming industry. The company jealously guards its hardware and software against third-party interference whenever possible.

Indeed, the company has consistently blocked users from playing games with their friends on other consoles by taking a hard stance against cross-platform play, and it initially blocked Fallout 4 mods that used external assets.

Sony even blocked Fortnite PS4 players from using their game accounts to play on the Nintendo Switch, effectively locking them into Sony's ecosystem (and vice versa). In an attempt to mitigate backlash, Sony recently gave its side of the Fortnite story - at IFA last week, Sony CEO Kenichiro Yoshida said the following:

On cross-platform, our way of thinking is always that PlayStation is the best place to play. Fortnite, I believe, partnered with PlayStation 4 is the best experience for users, that's our belief.

What unique aspect of the game makes it best played on the PlayStation 4 over other platforms? Furthermore, even if you accept that the PS4 does offer the best Fortnite experience, that doesn't explain why Sony would outright block its users from playing with gamers who use other consoles.

Regardless of how unusual the situation is, it doesn't seem like Sony will be changing its mind anytime soon.

Because they're making the same mistake that they steamrolled Microsoft with.

They're opening the door for everyone else to appear gamer-friendly while they appear like a "greedy corporation."

And as an owner of a PS4, I can tell you, Sony doesn't give the best Fortnite experience. Not even close.
Reactions: Reehahs, JaredTheDragon and ForgottenLegion

Joke of the day here.
Reactions: Teko03, Reehahs and ForgottenLegion

I failed to get it too:

What has the best gaming experience got to do with locking players to it's ecosystem?

It's a cross platform game. It plays the same in whatever platform it is played on.

Xbox systems have always been more powerful than PS counterparts, and I don't get it how only the PS can offer the best experience. No need to even mention enthusiast gamer's PC systems.

The only thing that might offer a different experience is the gamepad. I don't believe PlayStation ecosystem offers the best gaming experience because of it's gamepad...
Reactions: Slappy McPhee
F

More Sony BS. I hope the backlash hits them hard at some point. Microsoft should use this as a massive differentiating bullet point and really rub it in. This kind of behaviour from Sony is really scummy and shouldn't be acceptable.

TechSpot Elite
Man, that BS answer is just helping them dig their hole. 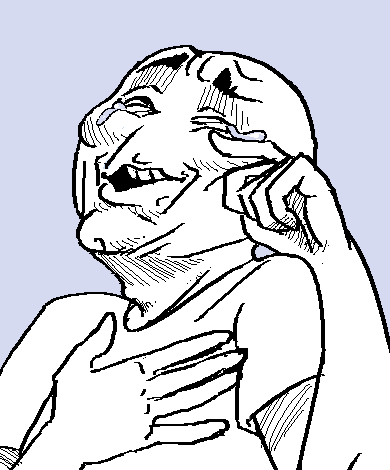 Playstation or Xbox, both are expensive ecosystems that demand our loyalty. Why is it we are so loyal?

cliffordcooley said:
Playstation or Xbox, both are expensive ecosystems that demand our loyalty. Why is it we are so loyal?
Click to expand...

We are have stupid.
G

If PS4 offers the best experience, that would be a good reason to offer cross-platform capability since it would entice players on the other platforms to get a PS4.

[edit: which is why I think PS4 gave a lame excuse to not offer cross-platform play]
Last edited: Sep 6, 2018

Good, I play on PS because people on xbox are horrible and nintendo has mainly kids and bad online systems. If those people flooded to PS network I would never play on it. Also they have the biggest most successful platform, why would they allow losers to join their services? It would be insane to let competition use your hard work free, if mcsoft and nintendo paid sony it would be a different story. If microsoft was winning it would do the same thing, same goes for nintendo, they just want better online experiences free and use their fans to make sony look bad in the process.
Reactions: emmzo
A

gamoniac said:
If PS4 offers the best experience, that would be a good reason to offer cross-platform capability since it would entice players on the other platforms to get a PS4.
Click to expand...

How? If you can play with PS owners on any crappy **** why would you buy PS4? The hardware isn't that amazing (on any console), it's all about the services now and letting people use those services free is *****ic from a business perspective. They don't make that much money on consoles anymore, most comes from sales, including monthly subscriptions, monthly subscriptions you don't get from players on other platforms.
A

cliffordcooley said:
Playstation or Xbox, both are expensive ecosystems that demand our loyalty. Why is it we are so loyal?
Click to expand...

I'm not loyal, I just hate microsoft after all the bullshit over the years and want nothing to do with them if possible. Shame linux isn't better yet

Same type of non-sense excuse for not allowing EA Access on PS4.

Sony treats it's customers as if they're morons. Seriously, who is Sony to tell us what represents good value or offers the best experience?
M

People disvuss regularly a Windows Challenger on the PC side, to which responses varied between the foreverfailed variations of Linux and Google bringing an OS whicb eventually flopped into an online OS Chrome variant instead of the Android variant people wanted. My realization: what if it was Sony we have been waiting on?

I think Sony CEO just thinking 'Nah, Nintendo is a b*tch, I couldn't buy an Nintendo mini so I won't allow Fortnite xplay, damn they'.

Sony can eat a bag of d 1 c k $ honestly. The absolute audacity especially when they just about ended up having to sell themselves the last generation for being so pompous the previous generation. *****s.

Your avatar brings back memories every time I see it. I was a big fan of the show.

The way Sony responded to this makes them sound like a bunch of snobby upper class elitists that don't wish to play with the common folk.

Dustyn said:
The way Sony responded to this makes them sound like a bunch of snobby upper class elitists that don't wish to play with the common folk.
Click to expand...

Was that meant to be an echoed reply to my posting?

Think of it as echoed and strengthened

I've installed this game in my APU/GPU after a few teaks not bad to play with the step grand kid give him some backup in that Virtual world. I still a rookie at it though. My Forte is STO Victory is Life still I don't see much players on either game on PC side. As for the PS4 you can do more with you PC then you can do with PS4. SONY use to make PC they had some great systems. They're stuck in the past way FREE-To-Play must me your a Beta Tester. The real deal is those that Pay-To-Play are those carrying most of these online games today!
You must log in or register to reply here.

Sony confirms legacy store shutdowns: What this means for you

P
Xbox CFO says Bethesda's future games won't be exclusives, but they will play 'best' on...