The Pro Edition costs $30 a year and contains all of the above in addition to a new community-based firewall that manages permissions with real-time knowledge from Panda's global userbase, protection on public Wi-Fi networks, and automatic "USB vaccination." Pro customers also get an ad-free experience and 24/7 multilingual support. 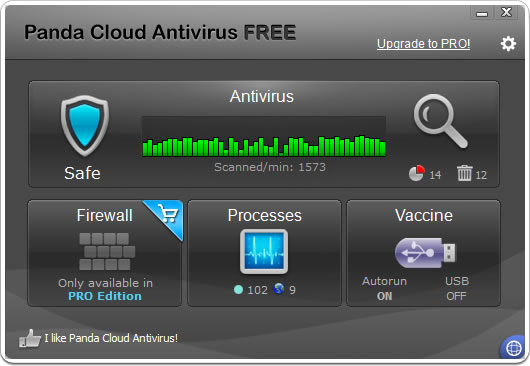 If you're already using an older version of Panda Cloud Antivirus, it should update automatically in the coming days or you can manually download the latest build here. Be sure to uninstall antiviruses by other companies before you try Panda. Also, watch for an installation option that installs a toolbar and changes your default search provider.