It appears Intel's small form-factor PC, dubbed the Next Unit of Computing, is about to get cheaper. The chip maker's limited line-up of famously tiny PCs will soon feature a less expensive model equipped with a Celeron 847. According to The Tech Report, Intel's CES booth claims the wallet-friendly budget processor should knock down the NUC's entry-level price about $100. 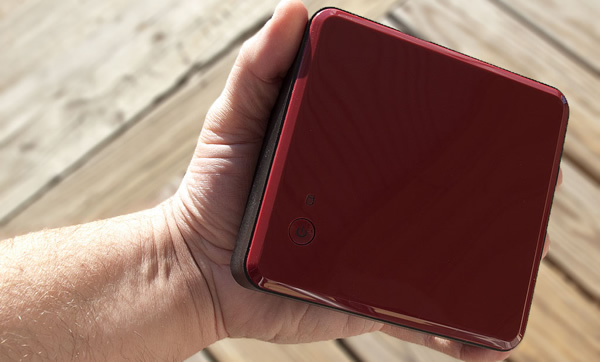 HotHardware shows off an i3-equipped NUC in this review

The Celeron 847 is a very straight forward 64-bit processor based on 32nm architecture: a 1.1GHz dual-core CPU with no support HyperThreading and Turbo Boost.

Intel introduced the NUC just a couple of months ago in hopes of providing an affordable, full-fledged PC experience with a truly minimal foot print. The NUC may only measure 1.5 inches tall and 4.5 inches wide, but existing models are essentially fill-packed with an Intel Core CPU, mini PCIe slots, gigabit LAN and dual-monitor support with a mixture of HDMI, DisplayPort and Thunderbolt options.

The model DCCP847DYE has been listed on Intel's NUC page for at least a week now, but corresponding specifications have remained a mystery. Since Intel is saying the Celeron model will be out in February -- purportedly the same month as the DCCP847DYE -- there's a good chance they are one and the same.

Additionally, possibly to the delight of many small PC enthusiasts, a Core i5 model is due this April. Intel said the upcoming i5 unit will also feature USB 3.0 and triple-head display support -- features purportedly being added as a result of user feedback.