The latest beta of Mac OS X 10.8.4 includes the string “802.11ac channel” within the bowels of its code, a report by 9to5Mac claims. This discovery suggests the Apple’s next generation of Macs may feature 802.11ac hardware, corroborating previous rumors. Additionally, Cupertino could be looking to add 802.11ac to its own Airport base station line-up and to its portables, like the iPhone, iPod and iPad. 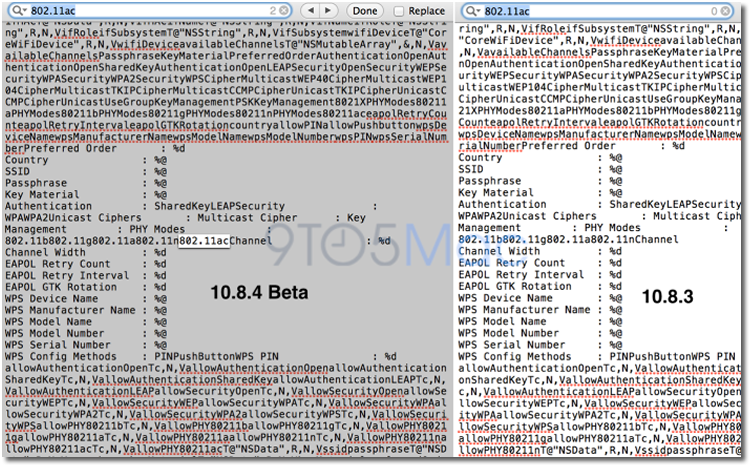 802.11ac is the latest Wi-Fi standard to gain consumer adoption, delivering advertised speeds of 1.3Gbps over the 5GHz band. It’s interesting to note that the Wi-Fi standard has yet been ratified by the IEEE, however.

To take advantage of 802.11ac, Macs will need to be equipped with 802.11ac-compatible hardware; it’ll take more than just a software update to roll out support for the new Wi-Fi standard.

Although 802.11ac delivers significantly higher throughput than 802.11n and operates in a less crowded area of wireless spectrum, 2.4GHz Wi-Fi is slightly better at penetrating solid objects. Both 802.11n and 802.11ac can coexist peacefully though and many vendors advertise speeds beyond 1300Mbps -- combining their total throughput for a total of 1750Mbps (450Mbps + 1300Mbps).