Futurists and technology enthusiasts alike are patiently waiting for the day when aerial drones – not humans driving big trucks – are responsible for delivering parcels. We’re still at least a few years away from that reality but one London startup has a different vision of the future.

Starship Technologies, founded by Skype co-founders Ahti Heinla and Janus Friss, also believes we’ll be relying on autonomous robots to handle package delivery needs. Instead of aerial drones, however, the company hopes it’ll be its fleet of six-wheeled robots doing all the work.

As COO Allan Martinson explains, customers can place an order using an Uber-style app. A robot from a nearby hub will gather the order and head out the door using GPS, sensors and cameras to help navigate sidewalks at a blistering 4 mph (a little faster than typical walking speed). There’s also a two-way communications system in the event an operator needs to speak with someone along the way.

The idea may sound silly but the truth is, the last mile is the expensive part of the traditional delivery process. If a big name company like FedEx or UPS were to successfully deploy robots to handle this part of the delivery, it could save tons of money in operating costs. 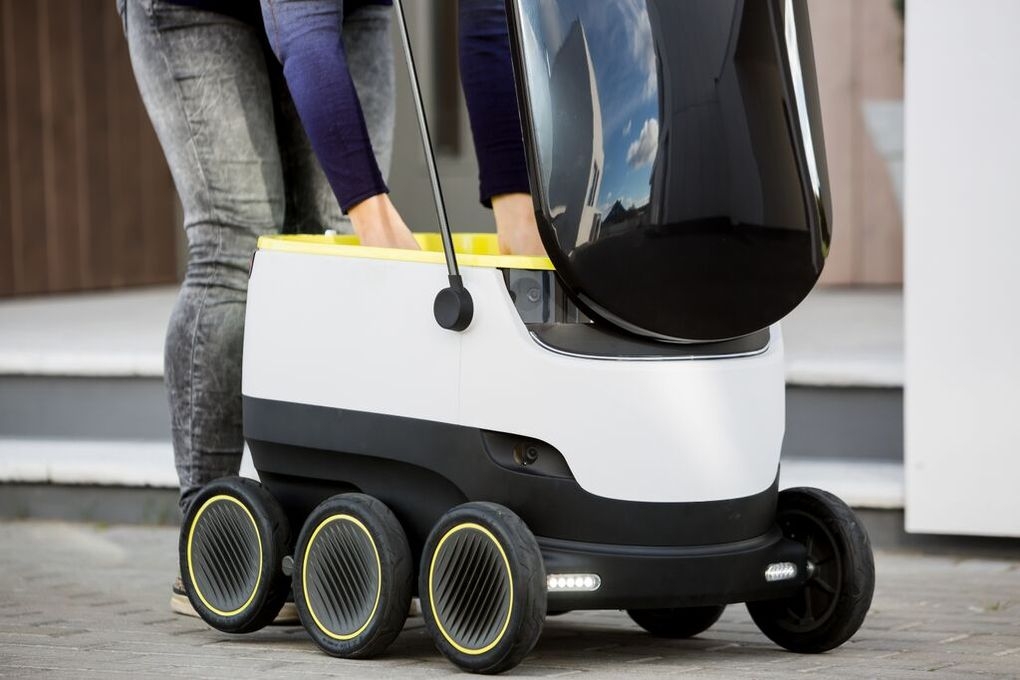 The cute roaming robots also address a key concern with aerial drones: safety. By traveling at slow speeds on the ground, it’d be pretty difficult for it to cause serious harm to pedestrians compared to a heavy drone falling perilously out of the sky.

Starship Technologies said it plans to conduct trials next year in Greenwich, London, and is actively talking with several logistics companies regarding potential use.