I will admit, when I first started playing Demon’s Souls back in 2009, I had no idea I was playing what was essentially a multiplayer game. Finding the blood stains on the ground and watching the ghosts as they died, I took to be in-game hints on how not to approach the situations in question. The same held true for the messages scattered throughout. I just thought they were hints put there by programmers. I had no idea that these were messages left by other players or that I was actually viewing how others had died on those blood-stained spots.

I did finally figure it out of course. I remember being thrilled at the subtle and not so subtle (e.g., invasions) ways in which Atlus developers interweaved those multiplayer aspects. I enjoyed the thought that I was crossing over into someone else’s gameplay and learning from their mistakes and messages and eventually began leaving my own. It was a unique feeling of discovery that I would not feel again until the release of Journey by Thatgamecompany in 2012.

Sadly, Sony Entertainment and Atlus have decided to pull the plug on the Demon’s Souls servers that make all that interaction possible. Atlus announced Monday that the game would continue to function as a single player experience, but the game’s servers will be retired in February.

“Let’s get the tough news out of the way: on February 28, 2018, the servers for Demon’s Souls will be shut down. The game will remain fully playable, but online functionality such as in-game messaging, player death locations, and World Tendency features will stop working.” 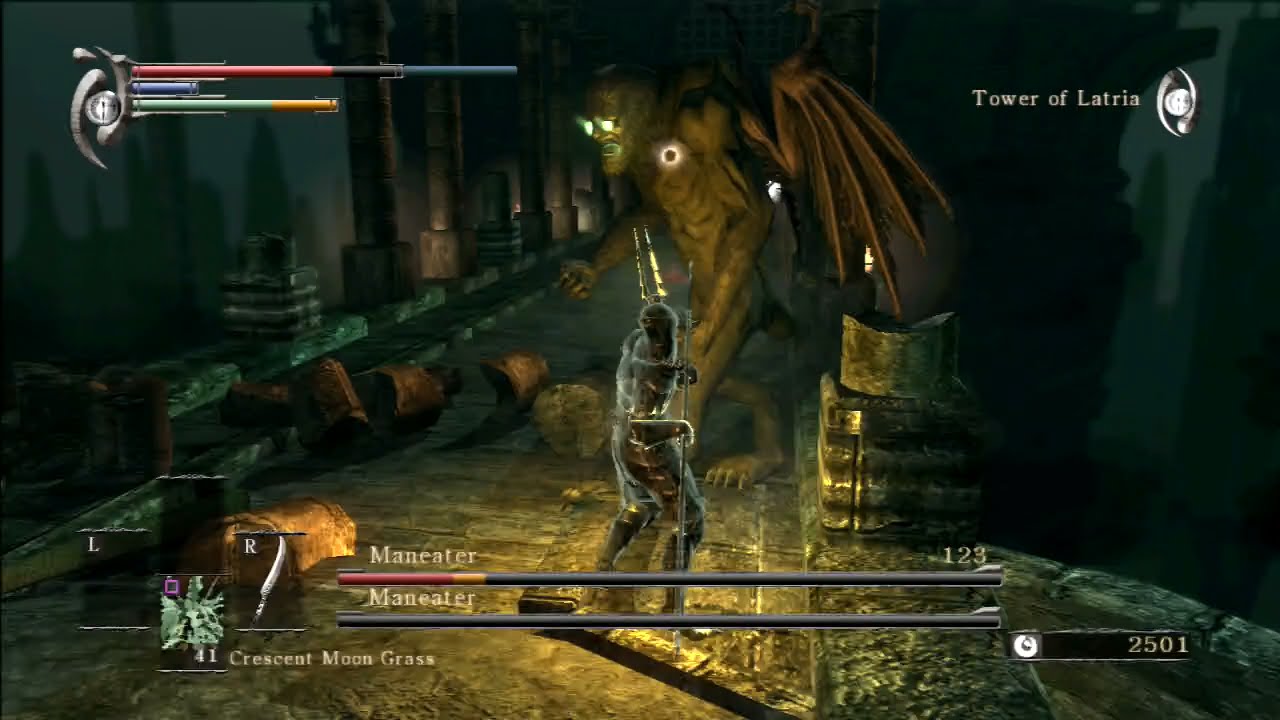 Let's face it, these features were what made this game worth playing. While I do not play Demon’s Souls anymore (although I still have a copy on my shelf), it is a game that I have recommended to PS3 owners numerous times. However, I will have a hard time suggesting it now that those elements are going away. For me, they were the glue that held together what was an otherwise very punishing game.

“Beating double Maneaters for the first time. F*** those guys. It’s also my proudest and most frustrating Platinum trophy to date.”

It is understandable why Atlus has come to this decision. After all, the servers have been running for more than eight years. That’s a pretty good run for a multiplayer game of this kind. Plus, now that we are well into the lifecycle of the PlayStation 4, it seems a bit pointless to continue supporting a last-generation game if the player numbers are not there for it.

Atlus thanked players for their support and shared some fond (and not so fond) memories of playing the game, many of which I could totally relate. I feel like I should play Demon's Souls at least one more time before they pull the plug. Hopefully enough players feel the same so that it will be a worthwhile last experience of the game.