Why it matters: DDR5 memory prices will be crucial for the success of AMD's upcoming AM5 platform, as the chipmaker confirmed it won't support DDR4. Building a budget AM5 machine won't make much sense if opting for an equivalent Raptor Lake system with DDR4 memory will cost you significantly less. DDR5 memory has become significantly cheaper since the beginning of the year. Computerbase found that prices in Germany for some kits dropped by over 20% in the past four weeks alone.

Some entry-level kits can now be found for under €5/GB, whereas, in January, those same kits were going for over €12/GB. This is good news for anyone planning to build a Zen 4 system later this year, as AMD's AM5 platform will only support DDR5.

For platforms that support both memory standards, like Intel's Alder Lake and upcoming Raptor Lake, it still doesn't make much sense to opt for DDR5 if you're on a budget. For less money, you can get a DDR4-3600 kit with significantly improved latencies and get better performance in gaming and applications.

Tom's Hardware has found a similar situation in the US, where entry-level DDR5 kits now start at about $6/GB. Hopefully, this trend continues, and we'll reach price parity between the two generations sometime next year, as insiders predicted.

You can check out how different memory kits stack up to each other in gaming and various applications in our DDR4 vs. DDR5 memory guide.

One of the better deals atm if you are located in the US.

Sub - $100 motherboards this week are AsRock-ers. 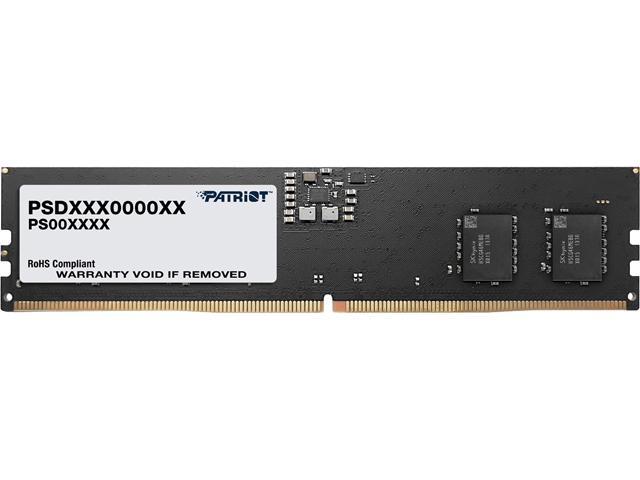 It's almost as if there's another platform coming out that will drastically increase the number of users, and so supplies are increasing.

There are a lot of users without the resources or methods to search out prices frequently. This RAM changeover period has gone about the same as other RAM changeovers, production runs wide-open throttle until orders fall off a cliff, then their government complains about the glut.

TechSpot Elite
Prices need to go down significantly more in the next 12 months.
Reactions: JKnight, Fedgi and Crinkles
T

DDR5 is still too early, early for reasonable prices. Also, the variety of motherboards supporting ddr5 could be better.
I owuld not upgrade now.
I am not upgrding now. Besides, it would be a much nicer upgrade when new video cards drop and new Ryzen are released.
You must log in or register to reply here.