Sega’s poster boy is finally making it to the big screen and the reactions are, well… let’s just say mixed.

For one, there’s Sonic himself – it’s going to take some time to get used to this new look. One can’t help but overlook the fact that Sonic, voiced by Ben Schwartz, is now an alien from another planet. Right.

The role of Dr. Ivo Robotnik, meanwhile, is played by none other than Jim Carrey. We’re talking full-on 90s-era Jim Carrey, love it or hate it. Robotnik looks nothing like the evil villain from the video game series… that is, until the very end of the trailer and a potential storyline that may set up for a sequel.

Even the theme song – Coolio’s Gangsta’s Paradise – is right out of the mid-90s.

On the bright side, there are some relevant nods to the series and even a few Easter eggs. The city featured in the intro is Green Hills, named after the first level in the original Sonic game. There’s also a reference to the Sega Genesis in the trailer – neat.

What are your thoughts? Should Sonic be given a chance or is this as bad as people are making it out to be?

Some characters aren't meant to exist outside of their cartoon/animated style.

I think what makes him look so weird is that he's tall. Look how long his legs are! When I picture Sonic, I picture a short-legged little guy, not a tall-blue athlete.

EDIT: Looking back at pictures, I guess he does have somewhat long legs. There's still something weird about this version of him! ugh
Reactions: darkgtx and Clamyboy74
T

"One can’t help but overlook the fact that Sonic, voiced by Ben Schwartz, is now an alien from another planet. Right."
Wasn't this the case? I thought he came from a parallel dimension.
Despite Sonic's design, I think it will be an OK movie. I'll watch it.
Reactions: Clamyboy74

I could see this being done well by Pixar but live action is just....weird.
Reactions: Clamyboy74 and m4a4

Jim Carey looks to be the only entertainment value present in this movie, and that's only if you enjoy his antics.
Reactions: Clamyboy74 and Trillionsin

Sonic character appearance aside, looks like a rehash of a zillion other live action cartoon shows, most of which are total garbage.

Jim Carrey is always over-the-top too. I can only handle him in 2-3 second doses before I hit the off or mute switch.

I have a VERY casual interest in this because of the Sonic gaming character. But can easily wait 3-4 years from now when it's late at night and I can't find anything else to stream.

Looks more like it's suppose to be a slapstick type comedy, kind of like The Tick remake, that I actually really loved for what it was. Is it something I'd go around recommending to others? Hell no, did I thoroughly enjoy it? Hell yea.

Putting aside everything else that will probably be bad about the movie, Sonic's design is just...wrong. At least in Detective Pikachu the Pokemon look like you'd expect.

This could be the "Super Mario Bros" movie for the current generation.

It could be like a grinch sequel. Jim Carey, the grinch, is looking to get his blue grinch son back to home.
P

At first it looked like a poorly designed costume you would see at theme park or comic book convention. Only after the close-up shot did I notice there was some CGI. They should've just CGI'd the entire character.
P

Staff member
Bad design for Sonic. Legs are too long, as others have said. Otherwise it seems fine/acceptable. I can't say I'm particularly excited about it, probably won't see it in theaters, but it doesn't look terrible.
Reactions: Clamyboy74
P

Movies based on video games arent difficult, Hollywood just usually ****s it up with stupid ****. Just be true to the game.
E

Axiarus said:
Movies based on video games arent difficult, Hollywood just usually ****s it up with stupid ****. Just be true to the game.
Click to expand...

Hollywood manages to **** up even movies based on actual stories. Designing a movie around a game that's basically just running around, jumping and collecting rings is naturally hard.

Axiarus said:
Movies based on video games arent difficult, Hollywood just usually ****s it up with stupid ****. Just be true to the game.
Click to expand...

To be fair, watching a hedgehog from side-on running and collecting rings probably wouldn't cut it as a movie plot.

The computerized "furs" on these mascots - Sonic, Pikachu, etc do look real ugly and not seen as fondly as when we used to play them in the games.

I'm neither a die-hard fan nor follower of these animated movies or games, but I have played games with Sonic and Pikachu and I feel these new movie characters don't look as admirable as they are seen in the games (or the cartoons).

Bubbajim said:
To be fair, watching a hedgehog from side-on running and collecting rings probably wouldn't cut it as a movie plot.
Click to expand...

It's worst with The Lord of the Rings. The guy only collects one single ring during the whole trilogy. LOL

This fan-made redraw of the character say it all 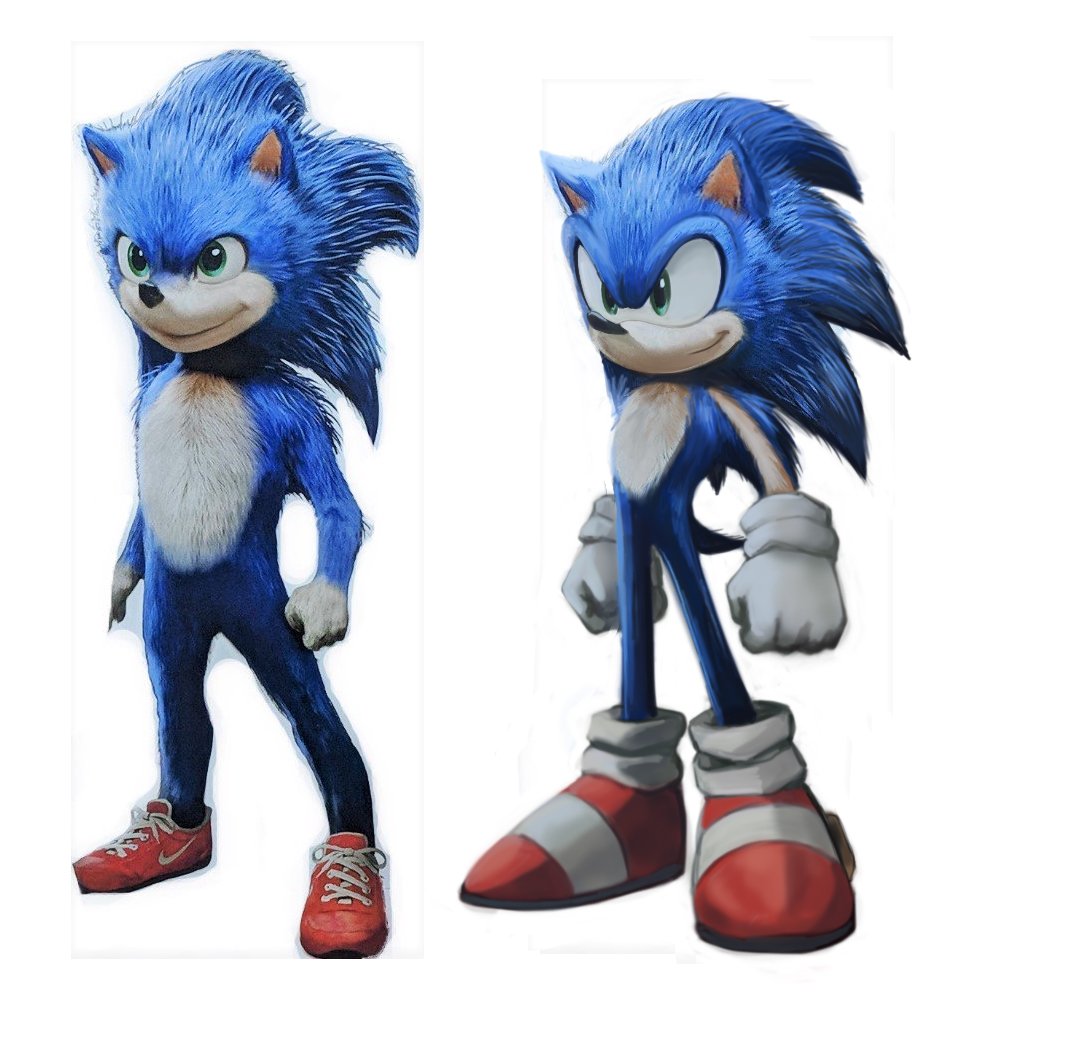 More Hollywood trash for $'s. At least it doesn't appear to have an agenda.

Low (ve) textures and hig textures. past future. some on had to brake that rul. 16 bit .wz 32 bit. would be lovely to see jim carry again. he is back as overboss. thoe whom played or play game thats the enemy of rollecaster guy.
You must log in or register to reply here.