Narrow and tall: check out the C1000 keyboard that places the numpad on top

The C1000 from Chassepot / Royal Kludge came from the mind of a human-computer interaction engineer and passionate esports fan who was tired of moving between an ergonomic keyboard at work and the mechanical keyboard he used at home for gaming.

The employee wished for a smaller keyboard that allowed more space for the mouse but didn’t want to sacrifice the numeric and other keys, making it ideal for work and gaming.

As reported by Engadget, the upper row of the keyboard consists of the numpad, the function keys, media keys, a dedicated calculator button, and hardware shortcuts for apps and folders. On the lower part of the device, the arrow keys are placed on the left rather than their usual spot on the right. Following several revisions of the design, an early version of the C1000 appeared on Kickstarter last year. Despite passing its funding goal, the project was canceled by the creator to “upgrade” the product. But the new version, expected to go into production in June, has skipped crowdfunding. The C1000’s specs include mechanical switches from Chinese manufacturer Outemu, the choice of USB Type-C wired or Bluetooth 3 (supposedly more stable than newer versions) connections, and a 1,850mAh battery.

The keyboard will be available in two versions: the $170 C1000Go which comes with a white backlight, and the $200 C1000RGB that features RGB lighting beneath the keys.

For people with very long fingers?
Although, I understand the necessity for such devices in the narrow workspaces. But what a monstrosity.
C

XtremeHammond said:
For people with very long fingers?
Although, I understand the necessity for such devices in the narrow workspaces. But what a monstrosity.
Click to expand...

It's not just narrow workspaces. Having the mouse to the right of a keyboard with a traditional numpad is very unergonomic and strains the right shoulder. The optimum arrangement is to use a keyboard with no numpad, but numpads are useful for work and some games. I use a Logitech K360 as a compromise.

I like the idea and it's good to see people trying new designs. But I think they should bring out a basic keyboard around $30 to get some traction on the new layout - a $170 keyboard won't be popular.
D

The key labelling is too small and the font is gawdawful. When you change the layout you have to increase the visibility of the keys to allow fast recognition and cut error rates. They're making a major mistake by trying to be trendy.
Reactions: arrowflash and Capaill
L

TechSpot Elite
I have worked with small, narrow workspaces for over 30 years now (you'd think I'd get a better workspace...) and I'd never use this.

I've almost always used a 60% to 85% KBs (currently 2x 65% models), sometimes trackballs, sometimes mice, and I'd get a separate keypad for data entry if I needed it (haven't yet), which would be stored in a drawer when not in use.

That thing is un-ergonomic and a waste of space. My previous TKL KB had a similar crappy font and it's amazing how much of a difference a good font makes. Hey, at least it has a carry handle and RGB!

Only if each of your hands looks like this... 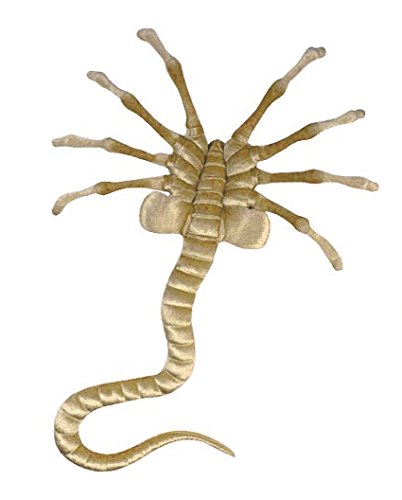 1977 called. They want their weird proprietary terminal back.

Seriously..this is useless for work OR gaming. How did this ever get funded?
A

The idea and basic format in themselves aren't bad, but just a quick glance at the device shows some very odd, dumb and unintuitive design choices with the key placement. Could have been much better without changing the size and format.

And like has already been said, the labeling and font are terrible.

psycros said:
How did this ever get funded?
Click to expand...

Nice, a keyboard only E.T can use.
S

This thing doesn't look ergonomic at all. how can you even reach those keys. if you want a real quality ergonomic keyboard try https://ergodox-ez.com/ or https://gaming.kinesis-ergo.com/edge/ for pre-builts (or build your own, not too hard)

It's not just narrow workspaces. Having the mouse to the right of a keyboard with a traditional numpad is very unergonomic and strains the right shoulder. The optimum arrangement is to use a keyboard with no numpad, but numpads are useful for work and some games. I use a Logitech K360 as a compromise.
Click to expand...

No, the optimum arrangement is to move your mouse to the left side of your traditional keyboard. Left handed mousing takes about a minute to get use to doing. Left hand for mouse and keyboard, right hand for keyboard and 10-key.
You must log in or register to reply here.

HP monitors, laptops, accessories, and more are up to 58% off in the Labor Day Sale

Epomaker's NT68 is an alternative to your MacBook's crummy keyboard