It appears that more authentication systems are now relying on facial recognition instead of traditional methods. Wired reports that the latest company to put its faith in the technique is Facebook, which has started asking some users to confirm they’re not bots by sending in pictures of their faces.

A screenshot of the new type of captcha appeared on Twitter and has now been confirmed by Facebook. It asks that users “please upload a photo of yourself that clearly shows your face.” The social network says once it has checked the image, it will be permanently deleted from its servers.

Wired writes that the entire process is automated and compares the uploaded photo to others on a profile to ensure it's not a duplicate. While the image is being verified, users may be locked out of their accounts as a security precaution.

a friend sent me this: Facebook is now locking users out of account features, then demanding that those users "verify" their account to get back in by scanning an image of their face. AN IMAGE OF THEIR FACE. pic.twitter.com/T4TIsJFxX8

Facebook said the captcha was to “help us catch suspicious activity at various points of interaction on the site, including creating an account, sending Friend requests, setting up ads payments, and creating or editing ads.”

The statement suggests this may in part be a response to the 3000 Russian-backed ads that appeared on Facebook around the time of the US election. While Facebook wouldn’t confirm when it started using the captcha, reports of the prompts first appeared on Reddit in April.

"The social network says once it has checked the image, it will be permanently deleted from its servers."

Yeah, because we all know that permanently deleting data is possible these days.
Reactions: Branoli and Abraka

First they want your nudes, now this. What is FB up to? Nothing good I bet.
D

DON'T BE SO NAIVE
S

If they check the image and then delete it, what is to keep someone (or a bot) from opening another account using the same picture of a face, and another and another....
oh well, they'll have quite a facial recognition database (that they will of course sell)

I don't understand why social network companies share their problems with users but refrain to share with users their incomes.
J

Well, of course. Facebook is a goofy front sold by the United States intelligence and information collection agencies (they are many). Their role is to get you to voluntarily forego your 4th and 5th Amendment rights. You can't claim any of privacy protection, if you readily provide it to the U.S. government, through one of their third party affiliates. 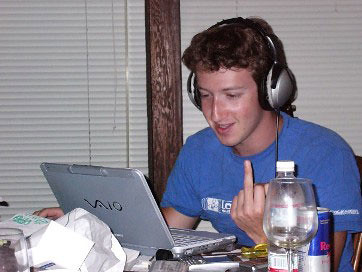 Lol , that's pure bulshit if they remove the pictures then from what surces they can identify later ?
You must log in or register to reply here.