Facepalm: Are you having problems installing the Windows 10 August 2020 security update? Maybe you’ve found it’s causing Blue Screen of Death messages and sound issues? If any of this sounds familiar, you’re not alone.

As reported by Windows Latest, it seems that not being able to install the updates is the problem most people are encountering, with 0x800f081f being the most-common error code. This usually relates to missing files in the WinSXS folder.

One Reddit user wrote: “Using Windows Update, the upgrade downloads, installs slowly to around 44%, then jumps to 100% installing, then provides the following error: "There were some problems installing updates, but we'll try again later. If you keep seeing this and want to search the web or contact support for information, this may help: (0x800f081f)"

“I've tried it four or five times since yesterday, all with the same result.”

Even when the updates do install without any hitches, some users have found they’ve introduced bugs to the system, including sound problems and the dreaded Blue Screen of Death. “I'm running 1903 and just got the KB4569751 update forced on me last night. I wake up today and my sound has stopped working,” wrote a another Redditor. “I'm running an audio interface (id14) to power external speaker monitors. In the interface software I can see that I'm straight up receiving no signal from Windows whatsoever.” If you’re concerned about the updates, you can always pause them for a while until Microsoft (hopefully) irons out the bugs. You can do this by going to Settings > Update and Security > Windows Update > Pause updates.

As with all Windows 10 update issues, not every user is experiencing them. The KB4565351 update was installed on my PC yesterday, and I’ve not found any problems—yet.

I thought it might have been a hardware change causing it like my X45, Logitech G pedals or my new 3.0 USB pcie card... but I later unplugged them and got the same issues.

I'd have the computer on, listening to Youtube and the damn thing would just crash for no good reason.

Up till recently, I'd had 0 issues with Windows 10.

I think the most recent update has ironed out my problems. I haven't had any idle crashes recently.

Recent updates have created a second audio input device. I have to constantly go in and screw with audio settings to try and trick Windows into using the real mic device..it won't let you pick the real one as the default.

psycros said:
Recent updates have created a second audio input device. I have to constantly go in and screw with audio settings to try and trick Windows into using the real mic device..it won't let you pick the real one as the default.
Click to expand... 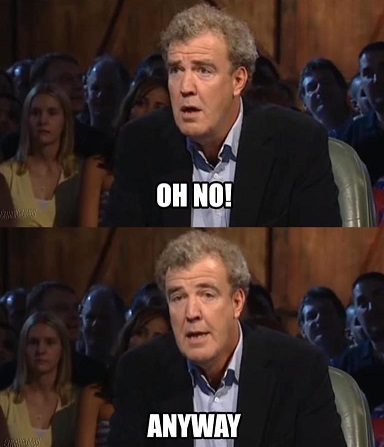 NOW NOW NOW ..... you have forgotten .... these are not bugs, they are "undocumented features" ...
Reactions: DaveBG and 0dium
T

No issue here. I had to replace my mobo recently and basically started all over. Had 2004 but got new drive, reloaded windows and it put 1903 on. For a weeks it wouldnt update past that. So I waited a few weeks cause I had to do some other stuff to the computer n when I turned it back on, windows updated to 1909. Just waiting for 2004 update.
No issues currently nor did I had any with 2004.

Since the last update, my system becomes massively unstable after sitting idle for more than 30 minutes. I get super high CPU utilization for a couple minutes while it attempts to recover with system interrupts and audio issues. Probably didn't help that I got a blue screen while installing the latest Windows build. Great work Microsoft. Remember when you use to pay for testers rather than have your testers (us) pay.
Reactions: Impudicus
O

My BSOD issues came from the 2004 Release. I'm back to the 1909 and have not experienced any issues with the latest updates.

My PC just updated when shutting down. I hope it boots up tomorrow
Z

I guess I'm lucky I've not had a single issues with windows update since I built my Ryzen Rig in Dec 2019. Never had to roll back a patch ever. Granted I'm still on build 1909 but ya nothing.

@midian182 What's the point of writing this article if not also listing the simple fix?

Due to this site's corrupted BB code implementation, which does not function as it should for monospaced code or fonts, lists, indents, or line breaks, the steps will all be inside a code box

"if it ain't broke, don't fix it" old red neck philosophy.....
good to remember before yo update windows.....
Reactions: DaveBG and hk2000

Anyone having problems with the audio not being so loud anymore?
Reactions: killmess
D

Nothing new. Updates are the main cause of windows problems.

DaveBG said:
Nothing new. Updates are the main cause of windows problems.
Click to expand...

lazer said:
"if it ain't broke, don't fix it" old red neck philosophy... good to remember before you update windows.
Click to expand...

This perspective lacks common sense... not updating a device with security patches is unwise. Once a Windows security patch is publicly available, it shows exactly how to exploit affected OS versions, which is why it's not recommended to use Windows XP, Vista, or 7.

SO, how does Android and Apple seem to make seem-less upgrades with out killing devices?
The answer is that MicroSlop is a company that is a sales first company and tech later, whereas Apple and Android are tech first companies and damn good tech companies and they can do things right the first time.
Reactions: killmess

lazer said:
SO, how does Android and Apple seem to make seem-less upgrades with out killing devices?
The answer is that MicroSlop is a company that is a sales first company and tech later, whereas Apple and Android are tech first companies and damn good tech companies and they can do things right the first time.
Click to expand...

Android has the direct opposite issue - little to no security patches or updates due to manufacturers and carriers (budget devices are an almost certainty to never receive an update, mid-range devices have a 50/50 chance, and high-end devices will likely see at least one, likely more).

Unlike Windows, which ships with hundreds of generic drivers and thousands available via the Windows Update servers, Android is tailored specifically to the device it's installed on (e.g. a system image from one device will not work on a different device model or brand), and Android hardware OEMs, coupled with carriers, place little effort into maintaining the devices with security patches and updates.

This is not new, as most consumer routers fall into this category as well, with the vast majority of consumer routers never receiving an update and many are even shipped with exploitable code - one reason why it's always recommended to buy a router that's supported by opensource firmware, such as OpenWrt, especially when 95%+ of OEMs only support a consumer router for 1yr, after which they consider it EoL [End of Life]. This is also the same exact reasoning why it's recommended to buy bootloader unlockable phones/tablets, which allow flashing opensource firmware that's up-to-date, such as Lineage OS, as, like with routers, the majority of devices are considered EoL after ~2yrs.
Last edited: Aug 18, 2020
Reactions: Endymio
You must log in or register to reply here.