Forward-looking: As a hardware enthusiast, it has felt like hard drives have been playing second fiddle to solid-state drives for a while now. But the truth is, capacity and cost of ownership have kept them relevant in the data center and will continue to do so for at least the next decade. As current perpendicular magnetic recording (PMR) storage technology reaches its limits, Seagate will increasingly transition to heat-assisted magnetic recording (HAMR) to boost capacity. The company reportedly started shipping 20TB models based on HAMR tech in January, although the largest capacity drives I can currently find for sale to consumers are 18TB. Per the roadmap, HAMR will enable drives in excess of 30TB in calendar year 2023, with 50+TB drives coming in 2026. Later, fully bit patterned media (BPM) will help increase density and push capacity even further, to 120+TB and beyond after 2030.

More data is being created now than at any point in history, yet again, as an enthusiast and general consumer, it often feels like the opposite is true.

Now more than ever, I’m personally using less storage than before. All of my music and video consumption needs are fulfilled by streaming services, nullifying the need to create or seek out a local catalog. Most of my photography now lives on my smartphone, and I’m not much of a gamer, either, so neither of those tasks are vying for space on my PC.

How about you? Do you find that you require more or less disk space than in year’s past?

TechSpot Elite
Sounds like setting up a simple home NAS is getting more appealing...
Reactions: stewi0001

If SSD price decrease over the years is any indication, then by 2030 a 100TB SSD should cost less than $50. Imagine how much profit a 100TB HDD will be making in 2030. Seems that Seagate has wild imagination for the future.

An SSD would be ideal but I wonder if and if so, how much heat load? Guess you could just mount a can of "fifty below" next to it and give it an occasional spray .............. ROFL

I am more concerned about reliability than size when it comes to data storage.
Reactions: 0dium, Reehahs, Amariami and 7 others
T

I laugh at the 1 year warranty on many of the large volume hard drives.
On the other hand, I am eyeing helium sealed 10-16 TB drives like Exos from Seagate or Purple from WD because 5 year warranty shows much more about these drives than anything their makers could claim.
Reactions: 0dium, Godel and BSim500

HaHaHa...! By 2030 all hard drives will be obsolete...!
Reactions: 0dium and Superconductor

At this point, 4 TB may be all I would ever need. But they need to get the speed up. Looking forward to consumer multi-actuator heads drives to at least double the speed. Although an 8 TB with 4-6 TB short-stroked may fulfill the need for speed. Defragmenting and maintaining large drives is just a time eater.

QLC and beyond SSDs are going to have to get faster and more reliable to outclass the spinning rusts. SSDs slower than TLC SSDs just doesn't seem worth it to me outside of maybe being impact resistant in a mobile device. Certainly not worth it in a desktop. It's been a while though since I looked into it. QLC, I've heard have been slower than even HDDs once you get past the faster cache.
3

stewi0001 said:
I am more concerned about reliability than size when it comes to data storage.
Click to expand...

Exactly. I told someone that Seagate were no longer a reliable brand as they once were, back in like 2010, and their response was they still had a hdd 5 years old, or something. Which only proved my point that their older drives were still going strong, their later drives slowly getting worse.

The thing was when I worked in storage and NAS, anything over 2tb had a much higher fail rate. When you read that the Samsung Pro SSD's were writing into the petabytes, way beyond the makers own fail rate estimation, you gotta be thinking that mecanicals are tired thinking. But saying that I am sure some companies still use magnetic tape storage to back up hdd data.
Reactions: Reehahs and stewi0001
D

SSD Prices are still too high for a large array.

I'd love to replace my 30TB Storage Array (ZPool, 8x 5TB HDDs) with SSDs, but 5TB SSDs are no where close to being realistic or cost effective. I have 12 256GB SSDs in a array (ZPool) that I use to play most of my games from via a 10GB connection. It gives me less than 2.5TB of usable space but crazy fast. It was not a cheap option, and its only little less than 2 years old. It pushes my HBA card to the limit.

I'm sorry but for media storage HDD is still king. I can't wait for the day most people like me can switch over to SSDs for primary storage.
Reactions: Danny101, kiwigraeme and Reehahs
W

Whether it gets to 100TB or not, I think mechanical drives are still getting irrelevant. They are cost effective, but with such a slow access and transfer rate, imagine the amount of time you need to transfer/ backup loads of data into a high capacity drive. So till they can go around the problem of reliability (due to so many moving parts in it), and improve speed, the higher capacity is getting less and less attractive. Just to do a full format on a 4TB drive took forever, so imagine 100TB. Good luck with that.

I really can't see the logic in telling consumers your almost widely obsolete technology now, will get slightly better in 10 years.

10 years is a lifetime in computer hardware and saying you'll increase storage density by around 5-fold doesn't give the impression you're at the forefront of technology, especially when it seems to hit these densities it'll use multi-actuator and therefore more moving parts to fail.

Watzupken said:
Whether it gets to 100TB or not, I think mechanical drives are still getting irrelevant. They are cost effective, but with such a slow access and transfer rate, imagine the amount of time you need to transfer/ backup loads of data into a high capacity drive. So till they can go around the problem of reliability (due to so many moving parts in it), and improve speed, the higher capacity is getting less and less attractive. Just to do a full format on a 4TB drive took forever, so imagine 100TB. Good luck with that.
Click to expand...

These drives are rarely used solo. In a Array such as a vdev in a zpool its pretty easy to get fast read/write numbers. Hell with my zpool with my 5TB drives I get upwards of 450MB/s writes and reads, and that is with no cache drive.

100TB drives will be for the data center, not the home. SSD's are pretty much going to replace HDD's in consumer computers, even for storage of media. While today SSD's are nearly always used as boot drives, its not uncommon for people to use them as media drives.

stewi0001 said:
I am more concerned about reliability than size when it comes to data storage.
Click to expand... 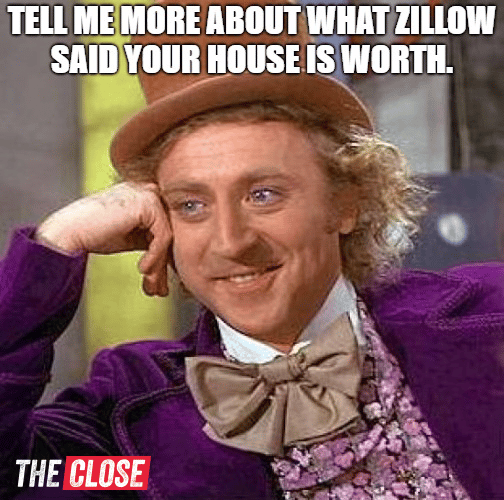 And I just ordered an 8TB drive the largest capacity I've ever purchased. Unless game installs are ~1TB in 2030 I doubt I'd ever go over 20TB drives, but come on surely by then we'll have 10-20TB SSD that are affordable. Trouble is by then we may be faced with the nightmare of PLC!
M

It's still a lost battle, because software will get so slow and bloated that 100 TB will be enough for Windows 10 (build 2029), new version of GTA and Photoshop 30.1, after which installation of Tetris 2075 will break with "Not enough disk space".
You must log in or register to reply here.