Ti, Super and now KO? Whoever is in charge of Nvidia's naming scheme needs to get their things together.

bluetooth fairy said:
While it does seem to undercut evga existing 2060 products either.
Click to expand...

As if the market is not saturated enough already with nVidia GPUs...
Reactions: Charles Olson

OptimumSlinky said:
This. On the one hand, it's frustrating at launch when AMD's drivers seem half-baked.
Click to expand...

jpuroila said:
Ti, Super and now KO? Whoever is in charge of Nvidia's naming scheme needs to get their things together.
Click to expand...

Wow. So many naming schemes, so many new models, nVidia seems to be really stressed by AMD. Because let's face it... although RTX 2080 Ti is definitely faster than anything AMD offered so far, the big money isn't in selling the 2080 cards. The big money is in the middle class. And that's where AMD is very very competitive.

And that's why nVidia is constantly releasing tweaked models under new names, which is kinda ridiculous. What's the next prefix they'll come up with?

But, but,,, Nvidia's bottom line is soooo much greater than AMD's and Nvidia are selling 2080's hugely! To say they aren't is misinformed.

...and it doesn't look like the haphazard naming scheme is slowing sales one bit.

On the other side, what has AMD done with THEIR money while watching Intel, Nvidia, ARM, Asus, and so many others grow into giants of their respective industries?

I don't think anyone want's to study AMD's recipe for successfully losing decade after decade.


Palit at number one? They sold product to a lot of companies, same as PC Partner (I think?), Asus was #1 (or close) in the past.

There were a lot of AMD chips mixed in with those sales, but the tale of the tape has always shown Nvidia squarely at the top. Rightfully so, they do what other successful companies do, boil the high-end while keeping the technology they've already designed marketable for YEARS ~> note; compare and contrast that strategy with AMD's "always a new chip" ... which so far has equaled less than stellar performance in the marketplace.

Business, like politics, is about earnings first, second, and so on, creating a base of rabid fans through marketing and paid influencers should follow on the heels of some market success. AMD talks the talk and walks the walk of a braggart, speaking for myself only, I don't want to hear plans to dominate and crush, to terminate, annihilate and eradicate all competition until the Little CPU Design Company That Might performs at a higher level for a longer period of time. Prove your worth AMD! You've retooled Xeons so what's next?

Best Buy's most popular list as of today.
XFS is at the top of the list with a Radeon, have to go down a-way through a metric fukton pile of Nvidia-chipped cards to see the other XFS Radeon on Best Buy's list.

Amazon has a list - with different results; five of the top ten are AMD-chips, four of those are UNDER $200.

XFS holds 1st, 4th, 5th, and 10th positions on Amazon, the bottom three are older cheaper 570, and 590 cards. It seems those who thought naming meant anything and who laughed at XFS's silly "THICC" and "FATBOY" monikers were wrong, according to their positions at the sampled RETAIL sites.

GN, 2016, continuing a winning trend with five of seven places occupied by Nvidia @1440p with VHigh graphic settings. I suppose we're still waiting on BIG Navi, or something...to come along... 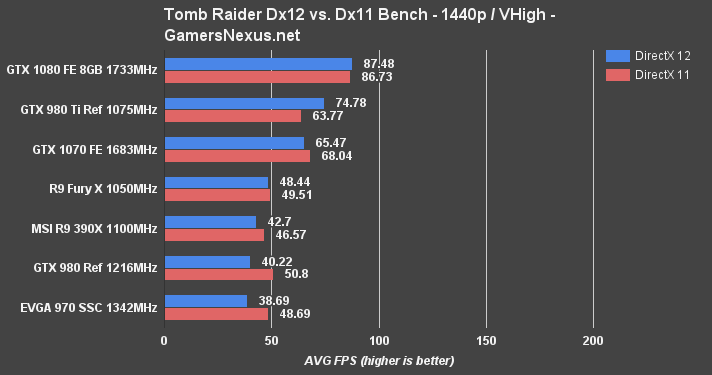 All the besotted YouTuber reviewers, how they must cringe seeing roundly denounced XFS proudly sitting atop the retail throne into 2020.

It's been a good show, one I hope, continues. I am decidedly biased for Nvidia because they produce a better product for most of my needs, in my personal computers three of six graphics cards are AMD's. I'm not biased or tech-blind enough to buy more or less than what I need.
You must log in or register to reply here.