Hi, I have a problem with my system being unstable- often crashes (image stops working) or BSoD- Critical Process Died.

So first of all, last month I was forced by Microsoft to update Win 10 to version 2H20 from 1909 (which worked without problems). Around one year or so ago I updated to 2004 Version, which caused some lags and crashes, so I downgraded back to 1909 for stability. And now, with 2H20, the same problems as with 2004- the most noticeable was that for example when watching something on YT suddenly audio and video was lagging and choppy, as well as in that moment the cursor was laggy, and it lasted for some time. Unfortunately, 10 days or so passed, so I couldn't roll back to 1909, so I did a clean win 10 1909 install. Since then, my system constantly crashes (just an image freeze or BSoD- Critical Process Died).

I tried some more clean Win installs, updating drivers, performing /sfc scannow etc etc, but none of that seems to have helped.


My question is- is there anything else I can do? Maybe updating BIOS, as I only have the default one?

TechSpot Elite
I post a lot over on the Gigabyte forums and I have built many 100s of systems using that board and Ryzen processors. There are so many reasons why this could happen. Since you are not shy about rebuilding let me say that Win10 x64 20H2 is rock solid and in fact 21H1 is replacing it pretty fast ...so go ahead and build with 20H2 and don't use 1909 or 2004 at all. They are too old now. If you put those on your system will just try to update anyways.

Check out my How to build a Ryzen rig guide with some troubleshooting tips I wrote too: 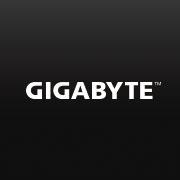 How to build a Ryzen rig the right way... | GIGABYTE USA Forum

I build a lot of Ryzen systems with Gigabyte motherboards so I thought I would share my sure-fire-method for parts selection and a step-by-step guide to assembling those parts with as much
forum.gigabyte.us

I see you purchased RAM twice. Are you mixing RAM from different vendors? That could bring on some stability issues. I recommend you get RAM off the QVL for the board in the size and speed you desire and stick with that (Ideally RAM from one kit). I usually use a specific 8GB Kington kit that just works at 2666MHz for my customers. I have put in larger and speedier kits for some customers it's just that the board is pretty basic and when I sell a computer to a customer that wants tighter timings or larger RAM kits I move them up to B550 or X570 chipsets that seem to have better support for those RAM sticks.
You must log in or register to reply here.

BSOD Errors, No Idea of Cause
2

Input devices and screen turns off but the fans to the computer are still spinning. What should I do?