Artificial intelligence has already proven itself more than capable of defeating humans at board games but the concept of AI fully taking over traditional human jobs still seems like a far-fetched sci-fi fantasy to many. Walmart, however, might be changing that soon.

The company on Thursday released a YouTube video showing off an interesting piece of tech - autonomous shelf-scanning robots, developed in partnership with Bossa Nova Robotics. These machines are the product of five years of development and will be capable of roaming around a given store while "scanning shelves for out-of-stock items, incorrect prices and wrong or missing labels."

It's worth mentioning that this technology isn't exactly new to Walmart. The company has already tested shelf-scanning robots at select Walmart locations in Arkansas, Pennsylvania and California. However, this is the first time the retailer has deployed this sort of technology on a large scale as it plans to ship the robots out to over 50 locations throughout the US.

The bots will remain at designated in-store recharging stations until they're given a task by an employee. After they finish that task, the results are then forwarded to Walmart associates, allowing them to resolve any issues the robot uncovered.

If you're concerned about the wider implications of this move such as the potential elimination of the average retail job, Walmart urges you not to worry. For the time being, the company's focus is strictly on using these robots to perform tasks that are "repeatable, predictable and manual," freeing up their associates to spend more time assisting customers.

Martin Hitch, Walmart's chief business officer, elaborated on the move in the following statement to the Arkansas Democrat-Gazette:

"It's still really all about the A to Z process of capturing data, analyzing data, creating actions and then taking actions," Hitch said. "Within that, we're good at doing a part of it, and we're terrible at doing a part of it. When it comes to picking the product up, the robot has no arms. That's a really difficult science, and it's a slow, slow science. We know that the store associates will always be better at that."

I can't see them being any worse than the regular workers.
Reactions: Reehahs

You can bet some cleaver person is already working on a method for covering those bar codes with a sticker that reads just 99 cents they can put on as much as they dare trying to get away with! Have at it! 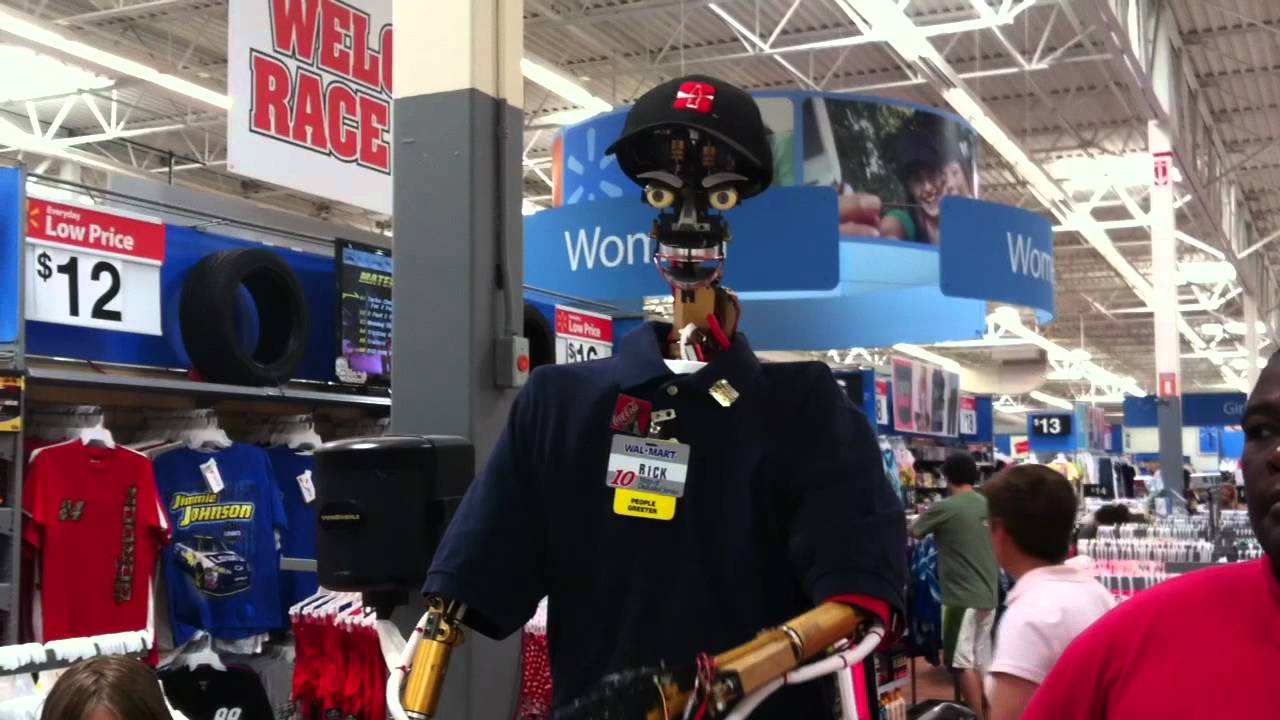 I cant wait until somebody hacks one of these things and converts them to never report incorrect prices or labels just to screw with wal mart harder.

Also, "dont worry about your jobs"? This coming from the company that recommends its employees get on food stamps to make up for their **** wages? I wouldnt hold my breath.

Uncle Al said:
You can bet some cleaver person is already working on a method for covering those bar codes with a sticker that reads just 99 cents they can put on as much as they dare trying to get away with! Have at it!
Click to expand...

Or, given the type of people that frequent wal mart, covering up the scanner on the robot so it wont work, or just kicking the thing over.
S

This is very interesting technology. There is a whole industry of folks dedicated specifically to inventory scanning. It's a very manual process right now of people walking around with hand scanners scanning every item in the store. A robot like this will decimate that industry.

People think that a robot can't do their job because it's too 'manual' or requires a human touch. Check out this robot. https://I.imgur.com/v8tS6la.gifv There isn't much that a robot couldn't do these days and it's just going to get worse.
You must log in or register to reply here.