Water tech company Watergen hopes to offer yet another (more expensive) solution with its latest announcement. At CES 2020, Watergen unveiled the solar-powered GENNY, a new version of its impressive moisture-based water provider.

The existing GENNY uses dehumidifier-like technology to suck moisture from the air and convert it into clean, cool, and drinkable water. It's impressive technology, but it requires a wall outlet to function, as most other water coolers do.

The new GENNY, however, removes that requirement entirely, thanks to an array of four massive solar panels that ship with the product. Though it otherwise functions the same as existing GENNYs, the new version can power itself when setup outside -- no plugs or plumbing needed.

"Offering all the same advantages as GENNY, it is ideally suited to use in remote locations, rural villages, parks and green residential premises, where the electricity supply is unreliable or unavailable," Watergen says in a press release. "Solar GENNY is able to generate up to 3.5 gallons of water a day."

See how Watergen's technology works in this brief clip.

For reference, the standard GENNY can produce eight gallons of drinkable water per day, so the solar-powered version is a bit less powerful. However, as Watergen says, for remote locations or even simple city parks, the solar GENNY could still be invaluable -- especially if there's more than one around.

Obviously, the solar-powered GENNY is mostly useless for home or office use. Not only would you likely have access to reliable power in such locations (and thus not need a solar-powered alternative), but if the solar GENNY is inside, it can't easily store power from the Sun. Further, you probably wouldn't be able to fit the water generator's required solar panels indoors anyway.

At any rate, the new GENNY is reportedly expected to cost between $5,000 and $8,000, with all expenses (including shipping and installation aid) accounted for. We don't know when it will launch, but hopefully, we'll find out soon. Solar power is literally unlimited (for the length of human lifespans or more than 4.5 Billion Years) and the H2O in the air is as well.

Make them larger and put them in deserts so they can not only create water from "thin air" but so they can serve as solar charging stations and most importantly: shade.

I want to invest in this company's stock. I'm willing to through $5000 at it.

These would work wonderfully in the US South East. Our humidity in the summer is terrible.
L

So it's a dehumidifier with a filter that's solar powered. Wow must of taken years to develop, we definitely didn't have any of that technology for decades.
Reactions: Misagt
A

You can buy a dehumidifier at walmart for like $100. This is a very stupid idea.
Reactions: Jeff Re and Uncle Al
3

Well maybe we did have the tech, but it wasn't put to good use like this thus far.
A technology, adapting, evolving, who would have thought it possible Lounds ? WHO?
Not you clearly.

So what did we learn? Good. Adaptation, improvisation; but your weakness is not your technique

QuantumPhysics said:
I want to invest in this company's stock. I'm willing to through $5000 at it.
Click to expand...

I have some sand to sell you and I live in the dessert care to invest 5k?
Some of you people ie most of the ones commenting have a hard time realize most of these devices are scams.
A

Perfectly complements my stillsuit. The spice must flow.
Reactions: Arris

Even since ancient times, man has built structures that can cool and collect condensation moisture from the air. See the air-well at https://upload.wikimedia.org/wikipedia/commons/thumb/3/37/Puits_aerien_knappen_trans_83_00.jpg/360px-Puits_aerien_knappen_trans_83_00.jpg
So, I have to wonder how 'revolutionary' the technology is from Watergen. It has some engineered features such as filtering and mineralization that took some work, but, beyond that, getting water from the air is a very old idea.
There has been a lot of work and innovation in getting water from the air, so I am not terribly comfortable with the idea that a $5,000 to $8,000 system is the future for getting enough water for one or two people per day.
The selling point is that the system is commercially available, not that it is the best system possible.
I would like to see an easily-carried emergency size system that costs about $200.00 and which can produce two gallons a day in the Mojave desert.

And this one is from the Pitch Black movie: 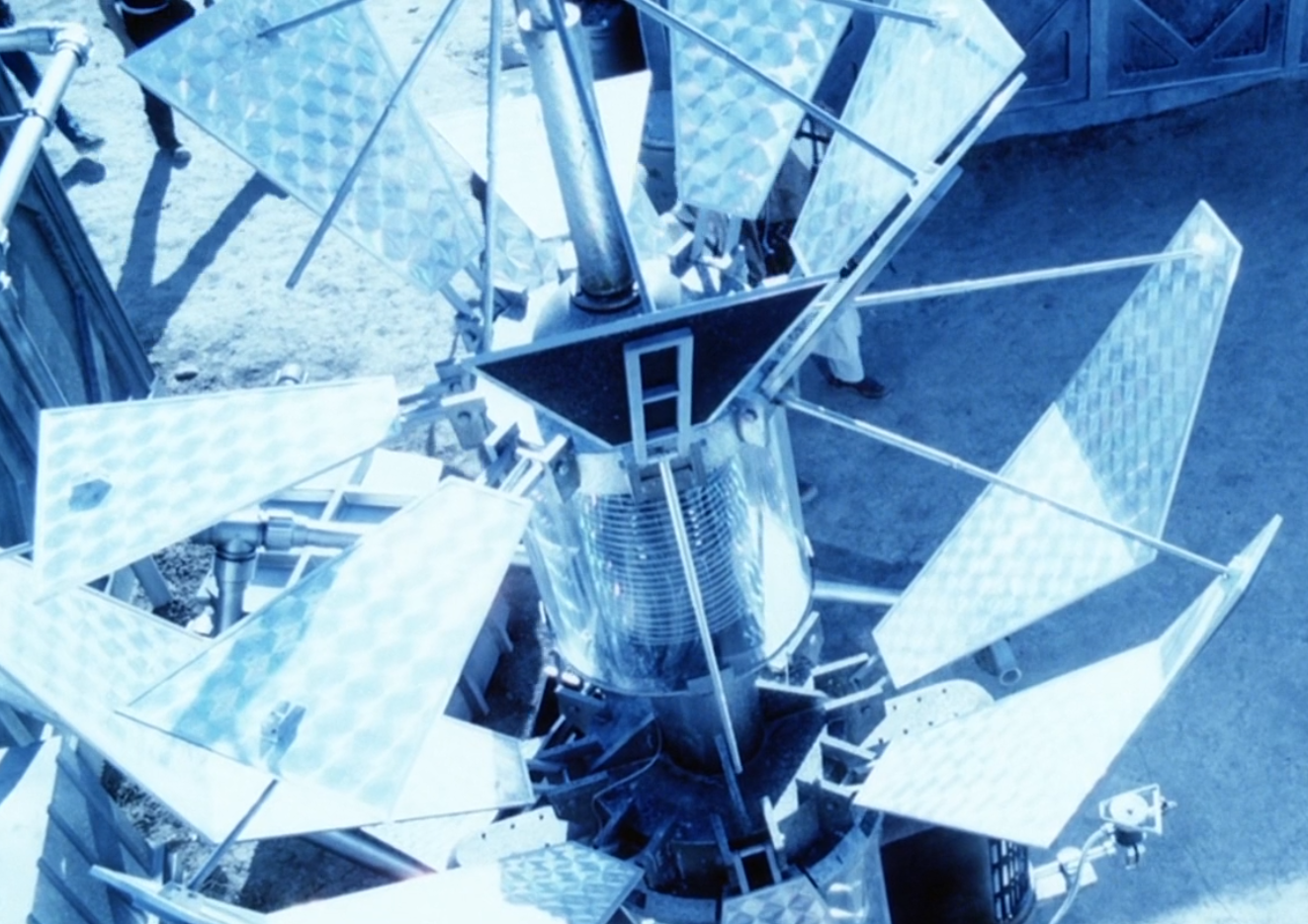 AfraidOfTheWind said:
You can buy a dehumidifier at walmart for like $100. This is a very stupid idea.
Click to expand...

I wish it was that simple. Not really all that clean. Of course with desperation and on the virge of death, drink up.
A

QuantumPhysics said:
I want to invest in this company's stock. I'm willing to through $5000 at it.
Click to expand...

Maybe "through" a few bucks for Grammarly too.

How is it affected by very low humidity environments (Arizona, etc), what added storage capacity is available, other options like wind powered vs. solar, IF the area has heavy air pollution, will the pollutants be filtered out or not? All in all I just don't see this one making much of an impact or the company surviving on this product alone ......

Oh, it had me thinking of moisture vaporators too.
L

3volv3d said:
Well maybe we did have the tech, but it wasn't put to good use like this thus far.
A technology, adapting, evolving, who would have thought it possible Lounds ? WHO?
Not you clearly.

So what did we learn? Good. Adaptation, improvisation; but your weakness is not your technique
Click to expand...

"technology, adapting, evolving, who would have thought it possible Lounds ? WHO?
Not you clearly"
Who? Probably some university state funded research program in the 90s had this and it's only now someone's decided to put the technology to market. All gadgets we own and the internet wouldn't exist if it wasn't for state funded R&D.
You must log in or register to reply here.