You can replace DLSS with AMD FSR 2.0 in Cyberpunk 2077 with this mod

Editor's take: A modder has found a way to add FidelityFX Super Resolution 2.0 to Cyberpunk 2077 by piggybacking off of DLSS. It's great software and if you don't have an Nvidia RTX GPU that can take advantage of DLSS, replacing it with FSR 2.0 isn't a bad idea.

According to its author, enabling FSR 2.0 via the mod just about doubled their 4K performance on a GTX 1080, to 45 fps. And, as you can see for yourself in the screenshot below, the quality is phenomenal compared to the game's FSR 1.0.

They explain briefly how it works on their page. In summary, both DLSS and FSR 2.0 use the same sorts of temporal data and the mod is a translator that converts the information meant for DLSS into FSR 2.0 commands. Its files subsume the place of the DLSS libraries and the game treats them the same.

So no, the title above isn't clickbait. FSR 2.0 completely replaces DLSS and you switch it on by trying to turn DLSS on in the in-game settings. It still only has one mode, unlike official FSR implementations which can have several, but you can select any DLSS quality setting you like to turn it on. FSR 1.0 on Balanced with max settings Its author notes that the mod has a few other missing features and bugs and issues, such as some minor ghosting while driving a vehicle. It's still in development and for now just a "proof of concept," according to its page.

Small issues aside, the mod is fairly trouble-free. It works with any GPU that can play Cyberpunk, including the little AMD GPU inside of the Steam Deck. It also seems to play nice with other mods like Cyber Engine Tweaks and will "probably" work fine with other visual quality mods, like Reshade.

It could even be adapted for other games as well, according to its author. Any game that uses the current version of DLSS should output the information that the mod needs, meaning that it would only take "a bit of work" to bring it across.

Ideally, CD Projekt Red will put some work in themselves and implement it properly. It wouldn't be surprising if they included it with update 1.6, which could show up in the next few days or the next few months.

TechSpot Elite
The open source community sure is fast.
Reactions: Charles Olson, fb020997, nanoguy and 5 others

A mod huh?
Would love to see a live head to head rather than a modders' claims and some still images.
Reactions: b3rdm4n

Puiu said:
The open source community sure is fast.
Click to expand... 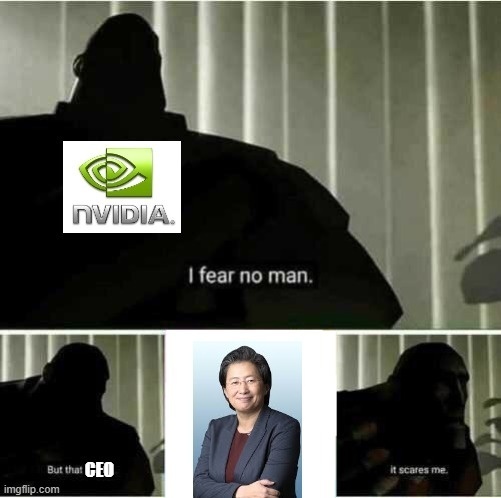 The FSR 2.0 source code was officially published on 22nd of June. This article is from the 25th of June.

Puiu said:
The open source community sure is fast.
Click to expand...

Unlike studios… this just shows that adding FSR 2 to games that already support DLSS should be pretty straight forward *if* the studios want it.

Same for the UE plug in that exist now.
Reactions: Charles Olson, fb020997, NeoMorpheus and 2 others

She's a woman I wouldn't want to go up against. I think I love her, oops, I mean menstrating human. .
Reactions: scavengerspc and NeoMorpheus

TheRealSCDC said:
She's a woman I wouldn't want to go up against. I think I love her, oops, I mean menstrating human. .
Click to expand...

Puiu said:
The FSR 2.0 source code was officially published on 22nd of June. This article is from the 25th of June.

No, I was referring to the release date of Cyberpunk2077..
Reactions: scavengerspc

ZedRM said:
No, I was referring to the release date of Cyberpunk2077..
Click to expand...

This wasn't done by the devs. It's an a fan mod that implemented FSR 2.0 after it was released to the public a few days ago.

We might see official support in the game soon-ish. But this mod can be the starting point to add FSR 2.0 by fans in any DLSS 2.0 game.
Reactions: Charles Olson, fb020997, AlaskaGuy and 2 others

Puiu said:
This wasn't done by the devs. It's an a fan mod that implemented FSR 2.0 after it was released to the public a few days ago.
Click to expand...

Fair enough, my mistake.
Reactions: scavengerspc and Charles Olson
You must log in or register to reply here.