If you’re constantly running out of internal memory on your phone and deleting stuff to make room for even more stuff, Google knows your pain and wants to help. The company is introducing an uninstall manager to the Play Store that will suggest users which less used apps you can toss out in order to make room for other apps or games.

Most of us have a few of these apps that we haven’t opened in ages. The new feature will go through all of those apps and show how much space each is taking up, and how much is needed for the app you are trying to install. Then it’s just a matter of checking the ones you no longer want on your phone and hitting continue. 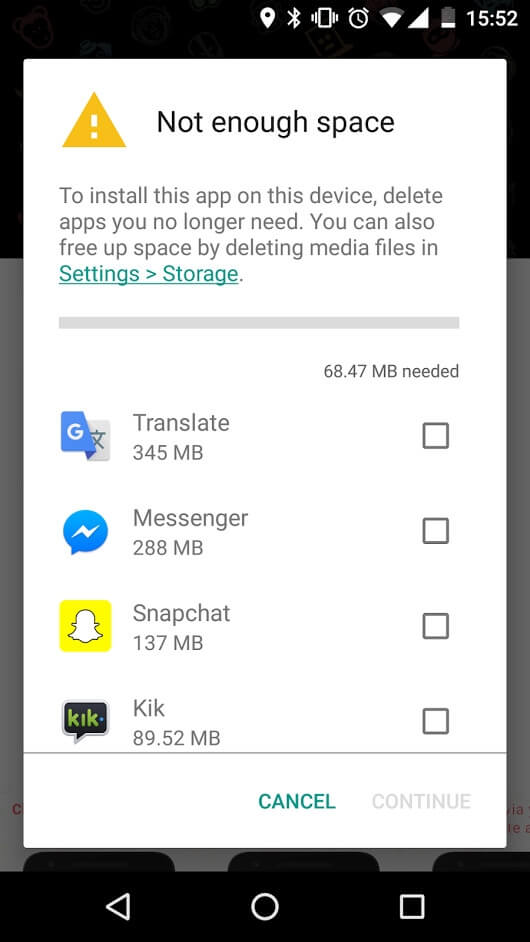 Apparently the feature doesn’t include other space saving suggestions such as uploading files to Google Drive, Photos, or Play Music.

The new Uninstall Manager will be especially useful for those with older or entry level devices ofter featuring just 8GB or 16GB of internal storage. Thankfully, a lot of mid-range phones today are now packing at least 32GB of storage on the base model.

Google hasn’t officially announced the feature so it’s unclear when it will be rolling out, but judging by the leaked screenshots it’s probably soon.