Delivering on earlier promises, MSI is now shipping its GX70 and newest GX60 gaming laptops. The $1,299 and $1,399 laptops are the first of their kind to feature AMD's Radeon HD 8970M -- what AMD argues may be the pinnacle of mobile graphics processors. For the price though, MSI is offering a lot of mobile gaming potential for the money. 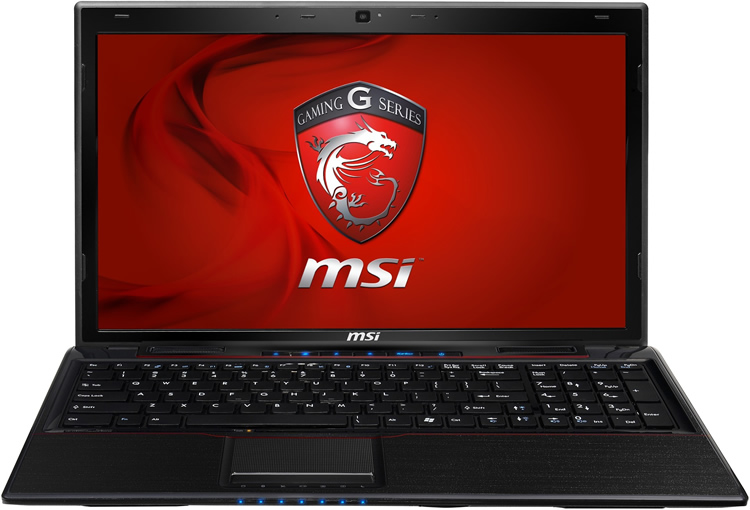 Not only are these the first laptops armed with a Radeon HD 8970M, but they are also the first to feature AMD's A10-5750 Richland APU. The 35W A10 silicon combines a Piledriver-based 2.5GHz CPU (3.5GHz Turbo) with a relatively power-saving Radeon HD 8650G for use during non-gaming sessions.

Not unlike other laptops in its class, the term "desktop replacement" is a more suitable label for the GX70. The semi-mobile gaming rig weighs a hefty 8.6 pounds and measures twice the thickness of lesser laptops (2.17-inches). However, the monstrous laptop-like object does pack a 17.3" matte 1080p display, programmable backlit SteelSeries keyboard, 5 x USB ports (3 x USB 3.0 / SuperSpeed), THX-certified speakers, slot-loading Blu-ray drive and 3 x video outputs (VGA, HDMI and mini-DisplayPort). MSI boasts GX60 and GX70 owners will be able to achieve an effective resolution of 5760 x 1080 across triple-head setups.

Gamers looking for more portability though may want to consider the GX60 instead. The laptop boasts near-identical specs and features; however, the GX60 ships with a 15.6-inch 1080p display, weighs "just" 7.7 pounds and measures 1.77-inches thick. It's also a hundred bucks less than its 17.3-inch brother at a competitive $1,299. Of course, even with its generous 9-cell battery, owners probably won't be traveling too far without their two-pound, 180W power brick.

Seems like a beast laptop id gladly buy it if I had the money ;S

Aren't those old school Radeon logo's/emblems awesome? (Well if its MSi it still looks like what ATi used to do.) Bring those back for desktop GPUs AMD!
M

For shame that my laptop can't play Diablo 3 without dropping to 30fps.

Why combine such a powerful GPU with a low-tier APU?

I used to have an MSI GT680, and it was overall a good experience. These would be very tempting if I wanted an AMD gaming laptop.

Alas, I use my laptop for work a lot, and I use Linux for work -- I don't want to deal with AMD Drivers. (nvidia drivers are troublesome enough!!)

PC nerd said:
Why combine such a powerful GPU with a low-tier APU?


It is meant for budget gamers, plus it is an all amd system. The A10 is a very powerful CPU.

Wow for that price thats not bad to get the 8970m, kinda need to go read some benchmarks for it. Im still rocking my MSi GT70 with the I7 and GTX 675m, love MSI laptops.

Kinda like the idea of having the APU for non-gaming sessions and working in tangent when needed.
Reactions: Jad Chaar
You must log in or register to reply here.