Samsung's 3nm process might be coming next year, but not for everyone

The big picture: Samsung's upcoming 3nm-class lithography process will be their first to use gate-all-around (GAA) transistor technology. In the face of concerns raised about if the company will have GAA designs out in time to keep pace with competitor TSMC, it insists that its first iteration of the technology will begin mass production in 2022.

Samsung's public roadmap was presented recently at its Foundry Forum 2021 in China. Particularly conspicuous in its absence from the slide shown however was Samsung's 3GAE (3nm, GAA-Early), the first iteration of their 3nm technology. 3GAE was originally revealed in 2019 alongside its follow-up, 3GAP (3nm, GAA-Plus), but only the latter was shown off in the presentation.

Prior to this roadmap being revealed, there had already been concern brewing over the health of the node; 3GAE had originally been planned for risk production in late 2020 and volume production in 2021, but the company only taped out its first 3nm test chips last month.

Furthermore, Dr. Chidi Chidambaram, VP of Engineering at Qualcomm, Samsung Foundry's largest third-party customer was quoted by SemiAnalysis as estimating GAA technology as only reaching production in 2023-24, at a recent event hosted by Applied Materials.

While the estimate is likely intentionally vague for NDA reasons, it still puts Samsung a year behind TSMC's plans for volume production of 3nm-class silicon next year. This, combined with the absence of 3GAE on the published roadmap, led to speculation that the node had been completely skipped over in favor of 3GAP.

Just to explain the naming by Samsung: 3GAE (Gate-All-Around Early) is missing here. This indicates that the early process is not viable for mass production and got killed completely. 3GAP (Gate-All-Around Plus) now planed for HVM in 2023, which is confirming Qualcomm's statement https://t.co/9GeMcLq3jt

When contacted for comment by Anandtech, the company said that 3GAE was still due for mass production in 2022, and it's possible that the node isn't being publicized simply because it's reserved for internal usage at Samsung LSI.

However, while this was done with other "-Early" process variants from the company in the past, those were still marked on the map; 5LPE saw third-party usage in Qualcomm's Snapdragon 888, but that node was itself derived from 7LPP.

The company is also putting out a 4LPP, based on more traditional FinFET technology. This (and its predecessor 4LPE) are now listed as their own family of nodes, instead of being an evolution from 5nm/7nm-class technologies.

It may be that the process has a substantial enough improvement to warrant marketing as a new "headline" node, or simply because of more significant differences in design and manufacturing.

Those technically shipped in 2018 to meet investor commitments, but were so bad that they were passed over in favor of further evolutions of the older 14nm node; the company now ignores that generation completely, insisting that Ice Lake was its first real 10nm line-up.

But, perhaps, at least the oft-mocked 14+++ was more easily understandable than a branching tree of processes and their sub-evolutions.

May I be the first one to express profound understanding and concern for what's narrated here?

Oh wait, Samsung is struggling to make chips smaller? HFS, why didn't you just say so? Ah, back to the bar... 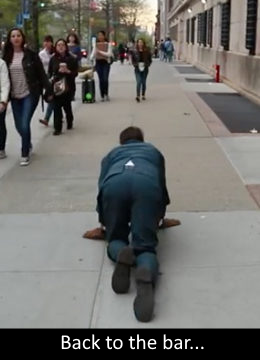 Well, a year behind TSMC doesn't sounds all that bad if you remember that now that Apple is phasing out intel altogether and continue to grow year over year, by the time most guys that are not Apple get a chance at the 3nm TSMC node it will be down from a year to maybe a few months so still not that bad from that perspective if you ask me.
Reactions: Kosmoz

I want Samsung to do better, because we need more advanced foundries in competition with each other. Even Intel.

It's the same as in any other sector where there is a monopoly or just 1 winner for a long time, that's not something we as consumers should desire.

P.S. If nvidia uses Samsung again for their Ampere Next generation it would be very good for Samsung, they need those big $$$. I'm not sure how good it will be for nvidia in terms of performance, but at least capacity is not an issue there...
Reactions: Wereweeb
B

Dimitriid said:
Well, a year behind TSMC doesn't sounds all that bad if you remember that now that Apple is phasing out intel altogether and continue to grow year over year, by the time most guys that are not Apple get a chance at the 3nm TSMC node it will be down from a year to maybe a few months so still not that bad from that perspective if you ask me.
Click to expand...

Well, a decade behind TSMC doesn't sound all that bad if you remember that everyone and their grandmother phasing out intel altogether (Including Intel)
Reactions: Dimitriid
M

Oh look, let's talk up 3nm and hope no one notices we are still struggling with 8nm and 7nm let alone 5nm. Maybe concentrate on refining existing nodes than talking up smaller nodes.
You must log in or register to reply here.

A
Samsung will manufacture 3nm chips for Nvidia, Baidu, Qualcomm and IBM