Endymio said:
"Dungeon Master" -- perhaps the first 3-D first-person perspective RPG with real-time game play. An amazing feat for 1987 ... and I still have no idea they fit the entire game, plus all that content, onto a single 320k floppy.
Click to expand...

You think that's good? They fit The Legend Of Zelda on 112k - second quest included!

On February 21, 1986, Japan got its first taste of the magical land of Hyrule, though not on the famous gold cartridge Western gamers are familiar with.
kotaku.com

I fell for zero loading times in my dungeon crawlers, so it was definitely my favorite NES cartridge game! My friend coud never hook me on Dungeon Master on hid Amiga 500, when we also had Phantasy Star on Master System for impressive console real-time 3d dungeon crawling!
Last edited: Jun 18, 2021
3

Space Invaders on the Mattel, was my true addictive must complete game, which turns out was impossible. Pixels of mass, chunkier than a kit-kat. 3 lives, I don't know if you actually got more, I can't remember, I think you shot ships that pass to rebuild 1 of the 3 defensive blocks, that slowly get chipped away by the aliens.
They had a few different types of weapons, the colored borders changed. They aliens turn invisible one by one the further in you went, until the a black border matching the black screen and all aliens invisible, you had to remember every shot that hit.
But then it turned out I started over again. Think
I almost made two complete loops, but maybe I just gave up thru boredom after realising it had no end.

And with MP games, the co-op games on early consoles, where you physically had to be with your mates drinking smoking and laughing together, that was part of the experience.
I guess my reply turned into, what then kept me in gaming.
Sorry
A

Uf, it's been some time in the past. The game that made me hooked to gaming was Kane on Commodore64. Back in 1988 I think.
And then some serious time consumed with Comanche in 1995, Red Alert later on and of course Half Life. Some Counter strike online later and lots of Falcon 4 (all iterations) flight simming.
But the first was Kane.

Well, I'm too old and too lazy to read through 10 pages of this rather intriguing thread; but the first video game I ever played, was on our old black and white TV was Pong.
Over the years that we all played the damn game,I kept thinking that there had to be something better to come out after. And I wasn't disappointed when my Mum and step-Dad bought me an Intellivision for my (19th) birthday.

Aaah, those were the days my friends...
Reactions: Bamda

nes 8-bit version with game genie enabled unlimited life health weapons too strong and so on.

wingstar https://www.youtube.com/watch?v=8WfXuey3sEc best played in real ms-dos
it can be played in dosbox but crashes out in on 12 th mission as a warrning
and I must be played with cheats on.
find res of youre super snes nes sega n64 with emulating them on pc dolphing for game cube wii gaming. 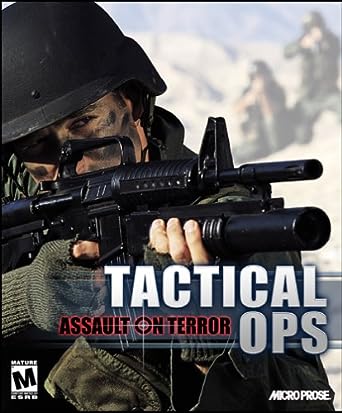 Dawn1113 said:
Do you remember which game first got you truly hooked on gaming?

Mine was this PC game called "Deerhunter": a hunting game. My dad was an avid hunter and he liked that game a lot. I was around 12 or thirteen years old when I first played it and was immediately hooked. I would be in school and I'd be thinking about the game. I could hardly wait to get home. I remember there was this happy anticipation that I still look for when I try new games out.

So which game first turned you into a gamer?
Click to expand...

Hard question as every new game is always exciting.
I'll nominate 'Where in the World is Carmen Sandiego?' (1985) as I still have it installed.

Other old ones worth a mention:
Test Drive 1 & 2
Stunt Car Racer
Speedball 2
Strike Commander
The Need For Speed
Deus Ex
You must log in or register to reply here.