In context: One of the oldest debates among PC builders concerns the correct or most effective way to apply thermal paste. A single blob, multiple blobs, a cross, or a butter spread? Igor's Lab recently tried to compare methods, but only for GPUs, whereas the debate usually concerns CPUs. A new test from Igor's Lab suggests applying thermal paste in a "sausage-like" straight-line down the middle is the best technique, at least for graphics processors. The results come with caveats and are unlikely to resolve age-old arguments about how best to spread the paste on a CPU.

Igor tested three thermal paste methods on a reference RTX 3080 running Furmark while using Alphacool's Aurora GPX-N water backplate and the same company's Apex thermal grease at a 20C room temperature. A DIY liquid cooler, while a bit labor-intensive and not as cheap as a pre-installed air cooler, can save money compared to buying a liquid-cooled GPU.

To ensure reliable test results, Igor took care to properly clean the GPU before trying each method. He then spent 10 minutes warming it and five minutes measuring the temperature. The sausage method achieved temperatures around 3C cooler than applying a single dot (which Intel suggests for CPUs) and 5C cooler than spreading the paste across the surface of the GPU. However, an important detail is how Igor screwed the cooler onto the GPU, firmly setting the screws on one side, then the other before tightening both. Igor claims that GPU manufacturers do this to apply pressure to the paste properly.

Another caveat is that the line method significantly differs with larger, high-end GPUs. Igor admits that the traditional dot style is probably good enough for smaller mainstream GPUs (like the RTX 3060, which is rising in Steam's survey charts) because they have less area to cover.

Even if you aren't interested in the test, the article provides a thorough guide on applying thermal paste, whether for GPUs or CPUs. It covers steps like cleaning the processor's surface, paste viscosity, and safely attaching the cooler.

Practice a straight line for your CPU... 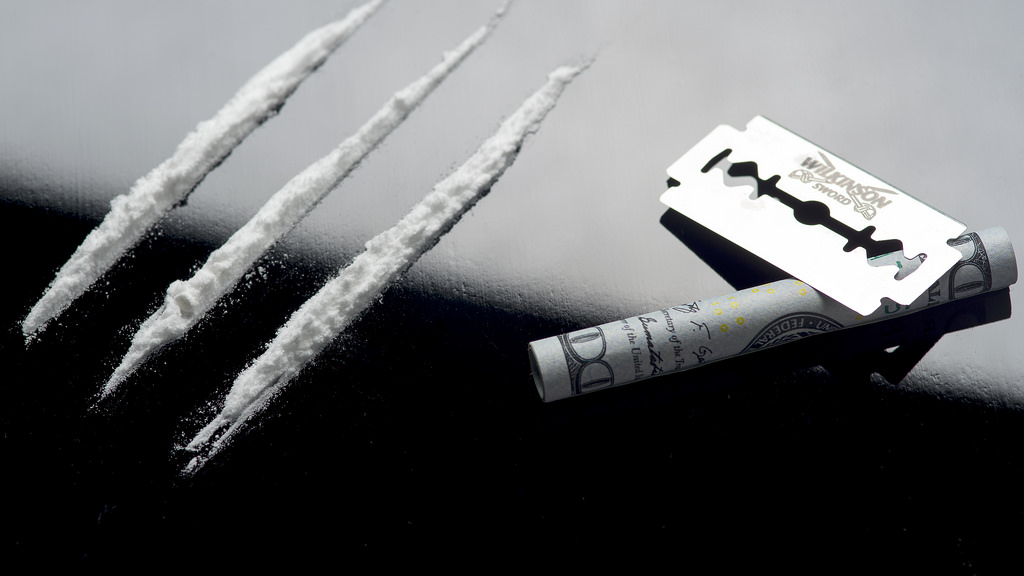 Hmmmm ............ and I thought the reason for spreading the paste around was to equally distribute the heat from the chip to the heat sink .... learn something every day!
Reactions: Bamda
A

Uncle Al said:
Hmmmm ............ and I thought the reason for spreading the paste around was to equally distribute the heat from the chip to the heat sink .... learn something every day!
Click to expand...

Spreading the paste is the only way to be sure that you cover the whole die. On CPU IHS it is fine if a corner is not covered. Doing it with a dot, X, or line on GPU or delidded CPU can leave a part of the die not covered with paste, which is terrible.
K

I seen a few YT videos on this - not too little - not too much ( to gunk up other things ) and the results are all pretty similar .

Anyway sample size of one a RTX 3080
Reactions: Ottis

It matters but not for what I do. Good article
M

Avet85 said:
Spreading the paste is the only way to be sure that you cover the whole die. On CPU IHS it is fine if a corner is not covered. Doing it with a dot, X, or line on GPU or delidded CPU can leave a part of the die not covered with paste, which is terrible.
Click to expand...

If the surface of the cooler is flat and not convex then the pea sized blob in the middle of the the cpu usually always spreads over the entire surface once the heatsink is fully tightened, as long as you tighten it in the correct manner.
A

Mr Majestyk said:
If the surface of the cooler is flat and not convex then the pea sized blob in the middle of the the cpu usually always spreads over the entire surface once the heatsink is fully tightened, as long as you tighten it in the correct manner.
Click to expand...

Usually means that sometimes it doesn't and you get a roasted die. When you do it manually the die is always fully covered. Considering that you watercool only 3080+ class of cards just spread it manually and don't hope that the cooler is flat, the blob is big enough, and you tightened it properly.
M

No matter what way you do it, once you mount the heat sink there's an element of blind luck around how the paste spreads between the headsink and heat spreader. Its still a fascinating topic, because we never seem to reach a consensus.
Reactions: Burty117

I've never repasted the gpu paste in my life on my cards. Didn't realize it became such a big thing. Wonder if it is because of mining cards or the new ones run that hot?
Reactions: Icysoul
H

Thanks! Just buying a CPU, I'll give it a try.
I

This has been know for awhile now and also applies to older CPUs (unsure of the new AMD multichip dies).
Reactions: Burty117

Most problems is people apply TOO MUCH thermal paste, which then will act as an INSULATOR.

We need an cardboard pattern and thermal paste in spray! Nobody dare to do that! Patent pending!
®®®®®®™™™ⒸⒸⒸⒸⒸⒸ℠℠℠℠℠℠®®®®®®®

Personally I'll stick with pea for CPU, and if by chance I have to remove a GPU cooler (haven't yet) and remember this method, I'll try it and compare.

Realistically, any "new" application method will come within margin of error of current methods more times than not.
Reactions: Fastturtle

Can I apply two lines? maybe draw a cross? I mean it makes sense that that is going to be even better, if the line has be proven to be better than a pea-sized blob. /sarcasm

Sorry, but what GN did for thermal paste spread on CPUs easily applies here. The only difference is how much paste ends up outside of the die.
J

This all sounds like a terrible idea. If you leave some of a bare die uncovered it's entirely possible that part can overheat and kill itself. GPUs don't have thermal sensors absolutely everywhere and you have no heatspreader to act as a buffer.

Fully tightening down one side of a cooler is also a great way to crack a die.
Reactions: MrJelly

fps4ever said:
I've never repasted the gpu paste in my life on my cards. Didn't realize it became such a big thing. Wonder if it is because of mining cards or the new ones run that hot?
Click to expand...

Mining cards usually run cooler than gaming cards and they also don't vary the temps a lot which causes less strain on the paste and GPU. The problem with such cards is that the 24/7 constant load can affect other components like the VRAM and MOSFETS. Also, not many keep the rigs in a well ventilated rooms.

Considering the power draw of top end GPUs I can see why people repaste them with high end thermal paste. Something like the Thermal Grizzly Kryonaut can drop temps by 5-10 degrees (Celcius), depending on the quality of the original paste.

It's good to have a cross, for those who believe it will help.

You can't go wrong applying a thin layer, and then put a single dot/blob in the centre, or a line or five dots/blobs - one for each corner and one at the centre.
3

Spreading it can cause the air bubbles thats the whole point in not doing it manually I thought, but whatever.
Personally I have always 'grain of rice' my CPU, the line idea, I would not go to the edge. I thought you only wanted it on the die, if you go onto the board the heat transfers.
You can obviously test your theory, but if you do, you have to start again as you shouldn't refit without cleaning and reapplying. But at least with a dummy run or two you can gauge where your spread is, and as long as it covers the cpu/gpu you are golden. Personally I would check before leaving it there for the next couple of years or 5.
Reactions: BigCatsByte

I spread for complete coverage and then add a pea in the middle for good measure. It is literally the best of all methods put together. Anyone who does it any other way is wrong.
T

A thin layer is best. Considering that car manufactures apply the thermal paste in this manner, it should apply to all electronics applications, computers included. Remember, the thermal paste is only there to fill in the tiny microscopic pits on the surface of the IHS and the cooler's base plate.

Non repeatable test repeated again. Ridiculous - 5c diff versus whole coverage. WTF do they think happens when the heatsink is applied? The line stays a line?!
Reactions: Endymio
You must log in or register to reply here.