Nvidia and AMD graphics cards are getting more expensive, again

Why it matters: Things aren’t looking good for anyone looking to buy a new graphics card. After several weeks of prices falling rapidly towards their MSRP, both Nvidia’s RTX 3000 series and AMD’s Radeon RX 6000 cards saw their average prices rise during August. The latest figures from 3DCenter.org, which looks at average selling prices of Ampere/RDNA 2 cards at retailers in Germany, show team green’s products rising 9% throughout August to 59% above MSRP, while AMD’s cards were up 5% to 64% above MSRP.

For Nvidia, the data reverses a trend that has seen the average price of the RTX 3000 series fall for over three months. It was at a high of over 200% more than MSRP in mid-May, declining to 50% in early August—the lowest since the year began.

It’s been a slightly different story for AMD. The Radeon 6000 series’ price peaked at 114% above MSRP before falling to 53% in early July, but it’s slowly been on the increase since then and is now slightly above Nvidia at 64%. While the figures are from Germany, they reflect a global pattern.

Our own GPU availability and pricing update for August also shows card prices (on eBay) rising by a few percent points.

Availability also gotten worse since the start of the month. Whereas only the RTX 3070 and 3070 Ti failed to achieve four out of five stars in the previous report, the RTX 3080 and RTX 3090 are also rated at 3/5 in the latest edition.

Nvidia boss Jensen Huang recently said the supply issues plaguing graphics cards would last throughout next year, and with TSMC set to increase contract pricing by up to 20 percent, expect this sad situation to last for a while. On the positive side, AMD could be releasing its own line of mining-specific graphics cards, which might ameliorate the issues to some extent. And all this is despite GPU shipments increasing 42% in Q2.

Life isn't fair.
We'll all be just fine I promise!
Reactions: Stark, Reehahs, ziffel66 and 1 other person
B

Yay. They were getting disturbingly affordable anyway!
Reactions: Reehahs, VitalyT and Kosmoz
K

The prices will go up again, only to come down slightly for the holidays/end of year, to make us "feel" they are lower, but actually still be on average x2 (or +100%). Psychological game.

The only wild card here is intel with Arc, if they do come with lower prices, then we can see some more discounts from nvidia and AMD, but only then and that's a bif IF, for intel.... because we know intel is not a budget brand.

I'll say between the psych game they are doing now, intel Arc prices and the ETH bomb in December, at best we can have GPU prices ONLY +50% over MSRP.

That would be a dream, right?

Anyone following the crypto market knows this is how it goes. Prices might come down sometime next year after the inevitable crypto crash/correction happens.
That's assuming there are no chip shortages.
Reactions: terzaerian

TechSpot Elite
If you're US based and trying to land a 30 series GPU, keep an eye on Antonline.

Every couple weeks they'll have a bundle up with EVGA GPU's and other EVGA products (quality psu's, keyboards, mice, their capture and encode device) and they tend to not sell out in the blink of an eye.

Yes, you're still buying a bundle, and therefore spending a little more total, however the parts come in at just under retail if you do the math on them all.

Some people seem wary of using their site or ordering from them for some reason, they're legit though. Got confirmation my order shipped same day I ordered it and it arrived two days later even though estimated transit time was five days.
Reactions: ATXFerret
S

I keep saying we need to ban all cryptocurrencies worldwide, and track down and eliminate the scalpers that plaque your society.
Reactions: Tracy, godrilla and Mjswooosh
A

If the manufacturers were shipping the necessary cards direct to the consumer, I wouldn't care. But the worthless crypto scam buyers and the scalpers are ruining things for everyone - except me.
M

I had already resigned myself weeks ago to likely not getting a new GPU until nVidia drops the 40 series.

My card will carry me a few more years, then a card will be more expensive than my retirement checks! LOL
Reactions: Gahl1k

Can you plug a mouse and keyboard into the new Xbox or PS5?
Reactions: noel24
N

Since I was able to obtain a 3060 and 3060Ti at the card's listed prices, I retired my 980Ti cards and sold them off relatively cheap for what I see them going on ebay. They're still fetching upwards of $300 for 6 year old cards (holy hanna!)

Hopefully those couple of people get a few more years of decent 1080p gaming out of them without having to sell a body part to cover the costs of a capable GPU.
X

Worse still the new nVidia cards are all LHR, before a gamer could use the card to mine when not in use and make some money back.
Reactions: Mjswooosh and Sausagemeat

The chip and GPU makers are making lame excuses using pandemic and blaming chip shortage and scalpers all lies. Look at their profits AMD,Nvidia TSMC etc also the Nand chip maker deceiving the users by changing parts and not letting us know it.

We know the Artificial Ram supply shortage previously made by cartels and fined very few percent of their profits which they ultimately get back from us sad reality.
Reactions: pildorman321 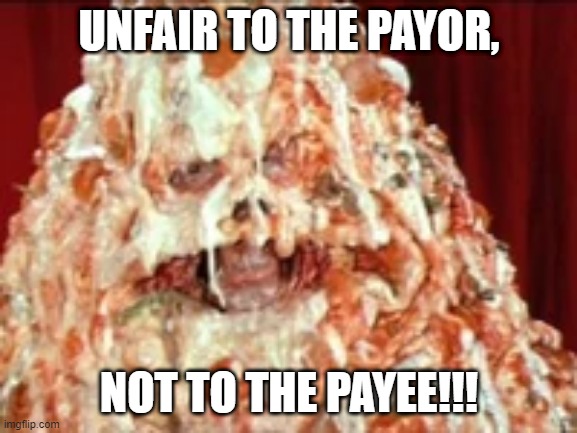 Xex360 said:
Worse still the new nVidia cards are all LHR, before a gamer could use the card to mine when not in use and make some money back.
Click to expand...

That's not really worse. Worse would be if they weren't LHR because then you wouldn't be able to get them AT ALL.
Reactions: envirovore and ATXFerret

Mjswooosh said:
I had already resigned myself weeks ago to likely not getting a new GPU until nVidia drops the 40 series.

Unfortunately the 4000 series will be as scarce and will likely be even more inflated in terms of pricing based out Nvidia's own outlook and history going from 1080ti ( 1st crypto craze peaked at $1400 vs $ 699) then 2080ti launched at $999 but was very hard to find at that price as well and finally the 3080ti launches at $1199 but is even harder to get at that price the the earlier.
Early leaks have the 4090 with a monolithic design launching late 2022. Watch Nvidia prep the market for high prices and high power usage with upcoming 3090ti rumors launching end of this year.
Reactions: Reehahs
A

Xex360 said:
Worse still the new nVidia cards are all LHR, before a gamer could use the card to mine when not in use and make some money back.
Click to expand...

You kill your GPU to try to get money back on your GPU?
Reactions: envirovore

ATXFerret said:
You kill your GPU to try to get money back on your GPU?
Click to expand...

It’s a myth that mining kills GPUs. Mining is less strain than gaming. Typically miners lower voltages to get more power efficiency. What kills GPUs is treating them badly, whether that be from miners or gamers. From my experience I think I’d trust a miner more than the average gamer to look after their hardware.
Reactions: CybaGirl, terzaerian and Avro Arrow

As someone else has already said, I doubt we'll see prices come down to the MSRP again. Demand is too high and profits are King as far as any corporation feels.

I'm thankful, that my 1060 actually handles my 1440 and DX12 needs quite well while performing well enough for my Guild Wars 2 needs. Sure I only see 4500 in TimeSpy but you know what? That's a synthetic benchmark and the only thing it's good for is to measure your E-Peen length. My primary game plays fine so I don't give a Rat how much faster your 3090 is. It's good enough for me
Reactions: CybaGirl and Stark
K

silversea said:
I keep saying we need to ban all cryptocurrencies worldwide, and track down and eliminate the scalpers that plaque your society.
Click to expand...

I see possibilities here - reality tv, crowdfunding, bounty rewards, AI vs combined world human resources , possibilities to do normally unethical medical research , finding solutions so death penalties that are not cruel and unusual , finding solutions that are cruel and unusual. Finding correct doses for Veterinarians to use on 2 legged animals to put them in a STABLE condition so the end is not Neigh

Edit - some people may think - there will be borderline cases - may be ethical dilemmas - that's a slippery slope argument and should not be countenance - as the OP stated these people are blocking the arteries and byways to allow the normal folk to game with their plaque .
But but ... I was just stealing my parents power in the night to offset the high cost of my gaming PC - I didn't even manage to mine anything .
Keep your resolve there is no ethical dilemma. Guilty as charged
Last edited: Aug 30, 2021
G

Sausagemeat said:
Can you plug a mouse and keyboard into the new Xbox or PS5?
Click to expand...

Yes. They both support mouse and keyboard input, just like the PS4 and Xbox One, however, unsurprisingly, they don't work in games.
X

ATXFerret said:
You kill your GPU to try to get money back on your GPU?
Click to expand...

So if we follow your logic you shouldn't use your card for gaming as it's much more harmful to run a silicon in changing heat cycles.

silversea said:
I keep saying we need to ban all cryptocurrencies worldwide, and track down and eliminate the scalpers that plaque your society.
Click to expand...

Unfortunately this due to misunderstanding of projects like Ethereum, they offer a lot of great opportunities, like apps that aren't geo locked or depending on centralised servers.
But agreed scalpers should be hunted like witches.
Reactions: Avro Arrow
You must log in or register to reply here.