What just happened? Tesla's first European manufacturing plant officially opened yesterday, just over two years after it was announced, and CEO Elon Musk was there to celebrate with an obligatory dance. The first thirty Model Y vehicles manufactured at the $5.5 billion Grenheide Gigafactory rolled off the production line, watched by the buyers and their families.

"This is a great day for the factory," Musk said, describing the occasion as "another step in the direction of a sustainable future," writes Reuters. He added that Tesla would likely launch a test version of its new Full Self-Driving software in Europe next year, assuming it gets approval from regulators.

"It's quite difficult to do full self-driving in Europe," he told factory workers on Tuesday, citing the difference between the US and Europe, where roads and rules vary drastically in each country.

Musk promised a Twitter user that he would break out the dad-dancing at the opening ceremony, which he lived up to. He appears to enjoy showing off his moves; the world's richest man did an equally awkward jig at the opening of the Shanghai Gigafactory in January 2020. Maybe he's keeping in shape for his fight with Vladimir Putin.

Tesla is planning on the factory outputting 5,000 to 10,000 vehicles per week by the end of this year, with an eventual production capacity of 500,000 units per year and 50 gigawatt hours (GWh) of battery power.

Although the factory was only announced in 2019, its completion hasn't been without problems. Environmentalists have campaigned against the project—two protestors at the opening blocked traffic for hours—and a German court ordered groundwork to be temporarily stopped over the environmental impact. Tesla has also had to deal with licensing delays from German authorities.

Tesla said the new owners received the Model Y Performance configuration, which cost 63,990 euros ($70,500) and offers a 320-mile range. The company added that new orders from the plant could be delivered from April.

In your article intro, you mention "...at the $5.5 billion Grenheide Gigafactory...", it's actually in Grünheide. Maybe not relevant for most folk outside of Germany, but accuracy in reporting is important.
Reactions: Uncle Al

I'd say we need trains to carry our EVs between major cites, with us inside them. The best autopilot of all and still more efficient than driving the car itself.
Reactions: Uncle Al

Mercedes Benz, BMW and Audi are going to be the death of Tesla.

I do appreciate Tesla's cars.

What I don't appreciate is Musk's arrogance when it comes to their design and features.
Reactions: Uncle Al

I thought Grünheide was a fairy tale. ? A witch maybe?
No wait, that was Grunhilda. Never mind.
Reactions: CrazyDave
E

Now he has to deal with German Unions and EU red tape... Chuckle!! and don't say he's made deals lol you wait.. lol

TechSpot Elite
A huge draw for Tesla back in 2010-11 was they didn't look like the EVs we were all used to laughing at. (Think the EV1, the Solectria Sunrise, and the Honda EV+)


A look only a mother could love. Driving one of these may have gotten you beat up. And you would have deserved it. 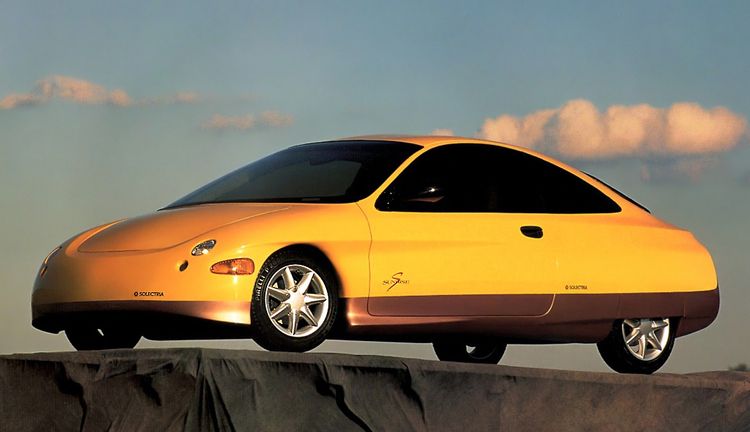 The Model Y takes us back to those days.
Last edited: Mar 24, 2022
Reactions: OortCloud
C

How to make garbage with our precious lithium
O

The horror!
You must log in or register to reply here.

Elon Musk demands SpaceX and Tesla employees spend a minimum of 40hrs/week in the office,...
3 4 5